Jackson's Bodyguard: Lawyers Who Fought in the Battle of New Orleans: Dick 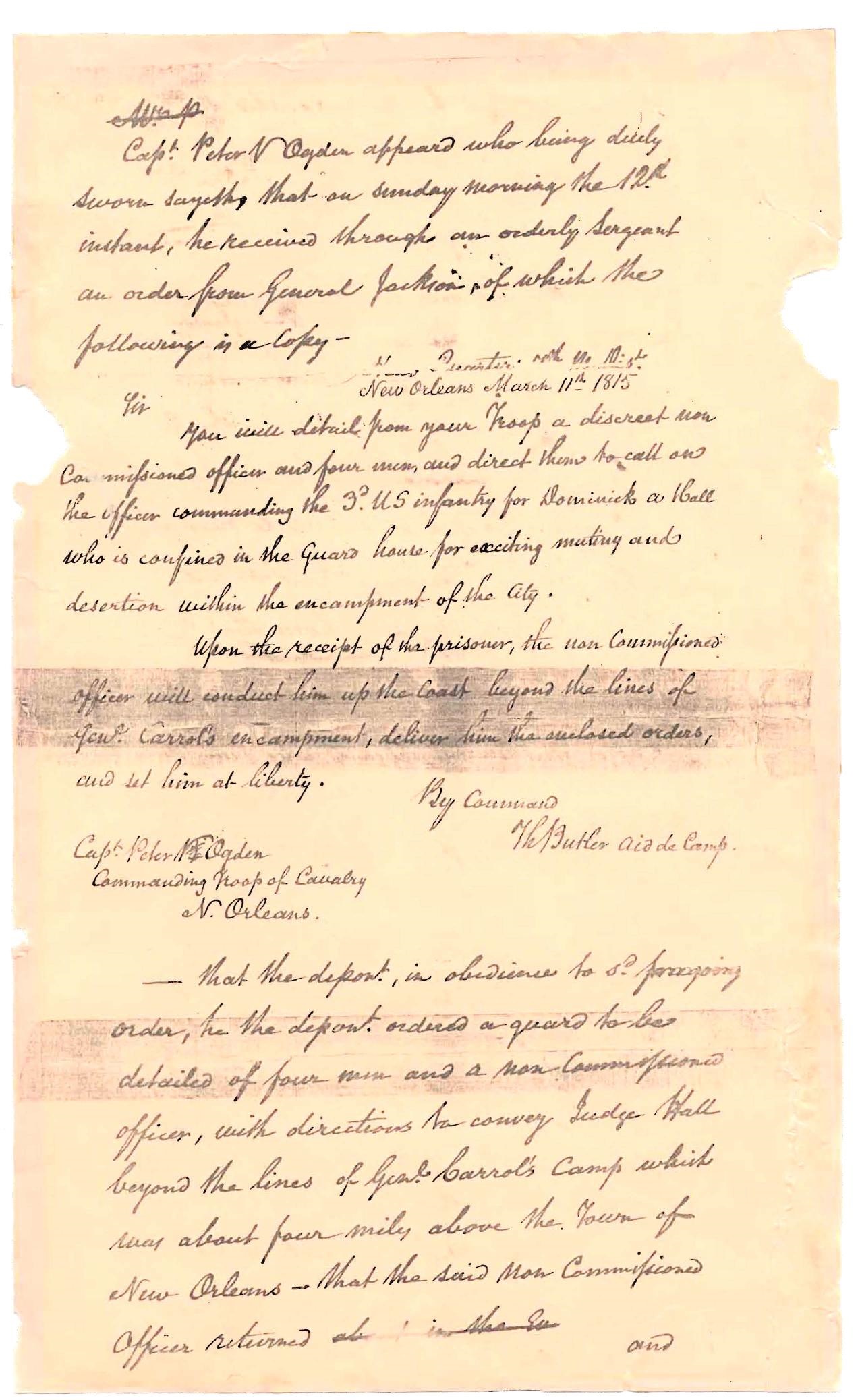 • On December 16, 1814, after the British landed in Louisiana, Major General Andrew Jackson declared martial law in the City of New Orleans. Jackson enforced martial law even after the Americans defeated the British at the Battle of New Orleans on January 8, 1815. While New Orleans was still under martial law, on February 20, 1815, Dick was appointed United States Attorney. On March 5, 1815, Jackson arrested Louis Louaillier, a member of the Louisiana legislature, for publishing a newspaper article critical of martial law. After United States District Judge Dominick A. Hall “issued a habeas corpus, in the case of Mr. Louaillier,” Jackson ordered Judge Hall arrested “for exciting mutiny and desertion.” While U.S. Attorney John Dick sought the release of Judge Hall, Jackson ordered Dick’s former company, Ogden’s Dragoons, to transport Judge Hall out of New Orleans. Whether John Dick was arrested along with Judge Hall is controverted. On March 10, 1815, Dick wrote a letter to President James Madison, stating that Jackson had Dick arrested and Dick “now Occup[ied] an apartment [sic] in the Military barracks, awaiting the turn of Events, or the Caprice of the Commanding General to be released.” However, Jackson later denied that he ever arrested John Dick, “one of the troop of cavalry under command of Capt. Peter Ogden,” stating: “Neither [Judge Joshua]Lewis nor Dick was arrested; nor did I ever before hear that either of them had interfered until after the order imposing martial law was revoked, and Judge Hall had returned.” Daily National Intelligencer, January 7, 1843. After Jackson lifted martial law later in March 1815, Judge Hall returned to New Orleans. U.S. Attorney Dick, Jackson’s former bodyguard, then prosecuted Jackson for contempt of court in the federal courthouse shown on the right. Judge Hall found Jackson guilty and fined Jackson $1,000, which Jackson promptly paid. In 1844, the year before Andrew Jackson’s death, Congress ordered that the fine be repaid to Jackson with interest ($2,700).

• After Judge Hall died in December 1820, John Dick was appointed United States District Judge for what was then the District of Louisiana. In 1823, Dick was reassigned to be the first federal judge of both the Eastern and Western Districts of Louisiana when those separate courts were established by Congress. John Dick died the following year, on April 23, 1824. Tracking Louisiana's Legal Heritage: Celebrating 200 Years of the Federal Courts in Louisiana 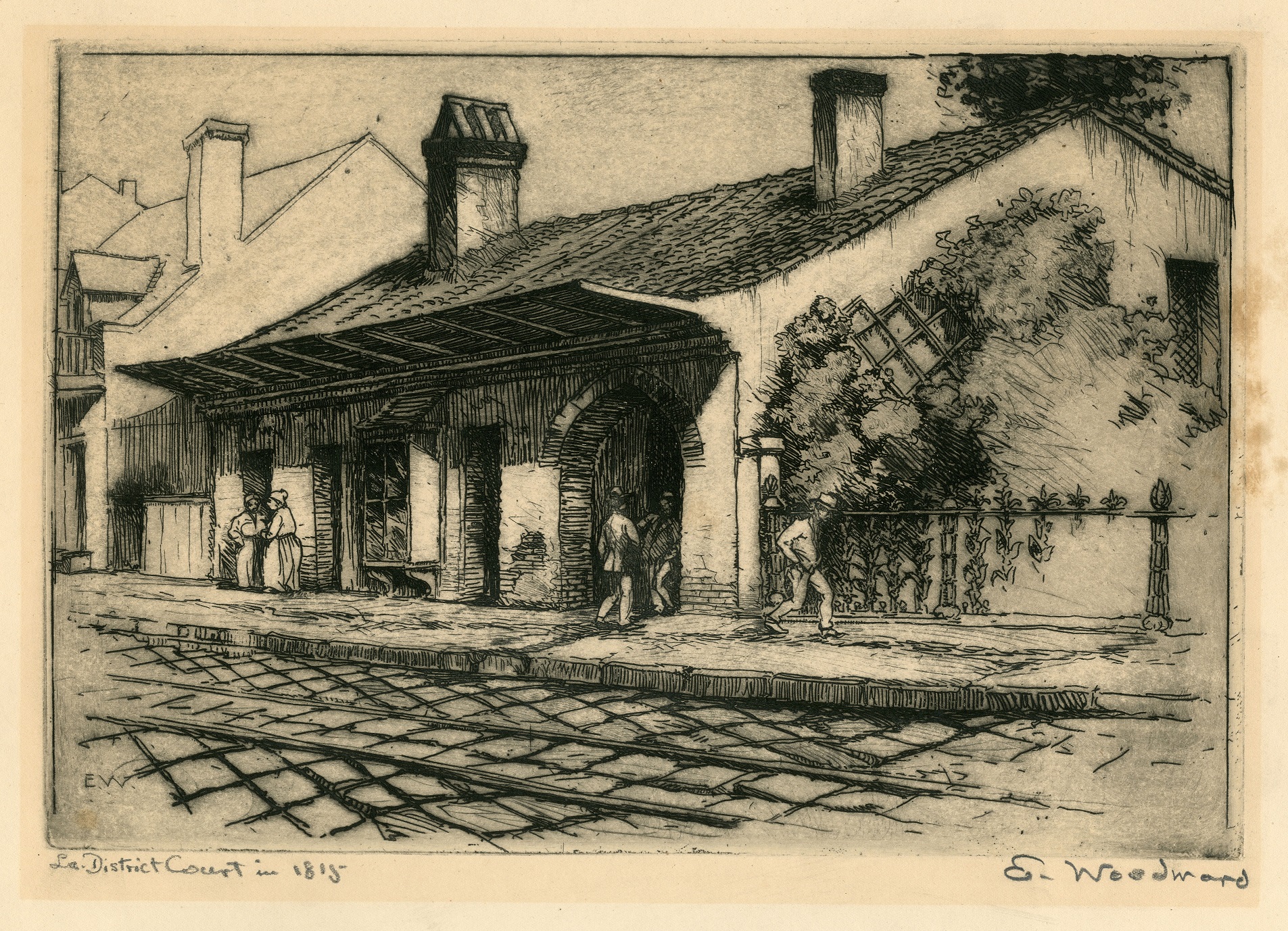 • John Dick was married twice. His first wife Mary Farrar contracted yellow fever. She and her stillborn baby died in October 1820, just two months after they returned to New Orleans aboard the steamboat Tennessee. In August 1823, John Dick married Frances Ann Kenner, daughter of William Kenner and a member of the family for whom the city of Kenner is named.

• Died of consumption at age 36, leaving no surviving children