General Badger received word that the steamer Mississippi carried a load of modern rifles and ammunition for the White League, who would receive it on September 14. The League knew that Badger planned to seize the rifles, and that they must act quickly.

On the morning of Monday the 14th, the White League held a political rally at the statute of Henry Clay on Canal Street. The crowd numbered in the thousands, as the rally had been well-advertised. A number of its leaders, including R.H. Marr, roused the gathered crowd with fiery speeches. White League paramilitary companies built barricades on many streets on the upriver side of Canal Street. Gov. Kellogg took refuge in the federal Custom House. John McEnery was conveniently out of the city.

From a rallying point on Poydras, the White League companies fanned out toward Canal Street and the French Quarter, then the location of city government buildings. Generals Longstreet and Badger formed up the Metropolitans and loyal members of the state militia on the downriver side of Canal. They met along Canal Street, and shots were fired. General Ogden's men charged the Metropolitans, who soon broke and ran. Snipers in surrounding buildings shot both combatants and bystanders. The skirmish was short but bloody; at least 35 men were killed. General Badger, wounded and bleeding from four gunshots, was carried to Charity Hospital, which soon filled with survivors from the battle.

The White League controlled the city. The next morning, police in the Cabildo and the state arsenal surrendered.That afternoon, the leaders of the White League rode in a carriage to the captured statehouse on St. Louis in triumph. 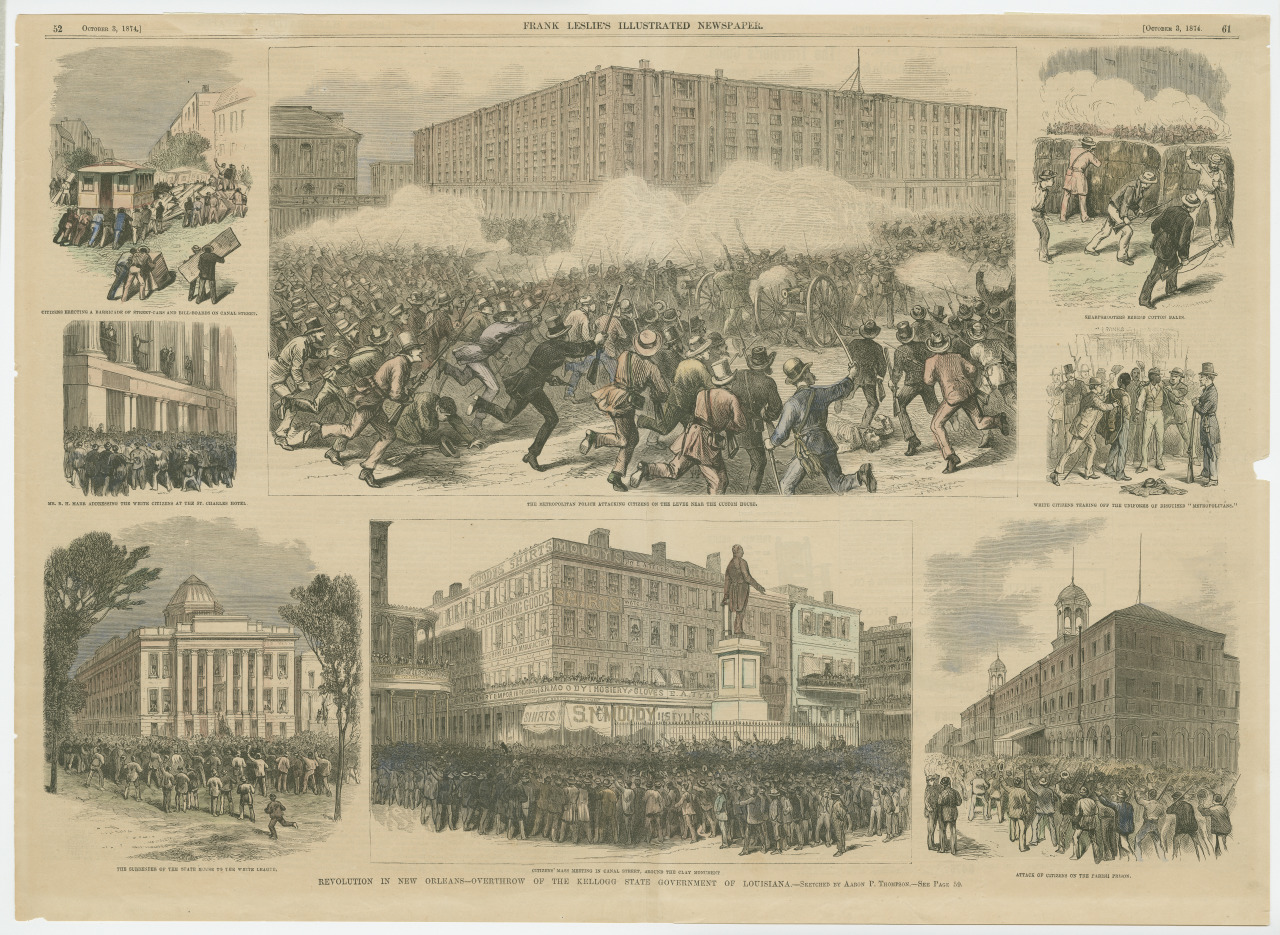 In the Compromise of 1877, Reconstruction would end. John McEnery's brother, Samuel McEnery, would go on to be Governor of Louisiana from 1881 until 1889, and then its U.S. Senator from 1897 to 1910. White League leader E. John Ellis won the 1874 election and went to Washington as a U.S. Congressman. 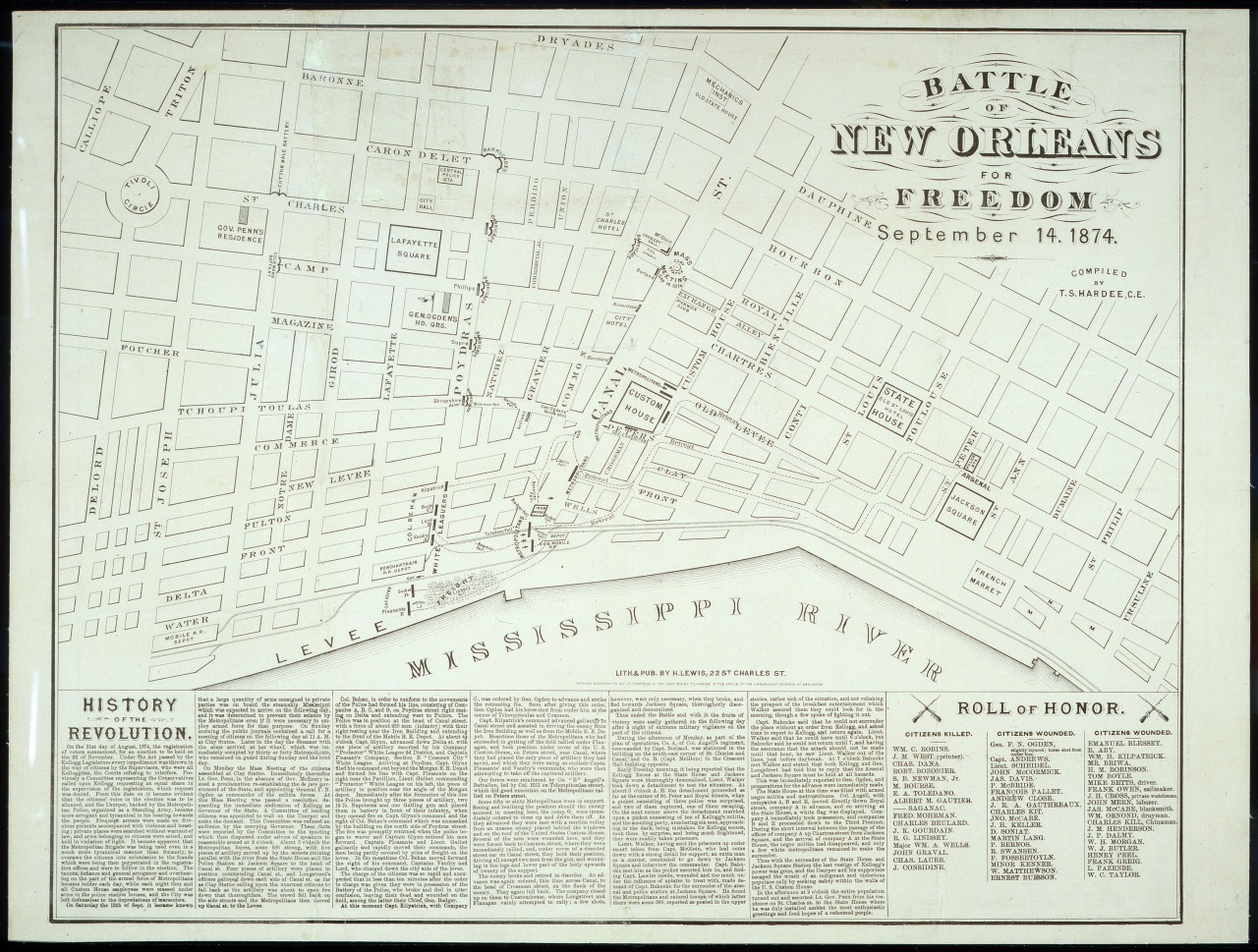