Jackson's Bodyguard: Lawyers Who Fought in the Battle of New Orleans: Lawson 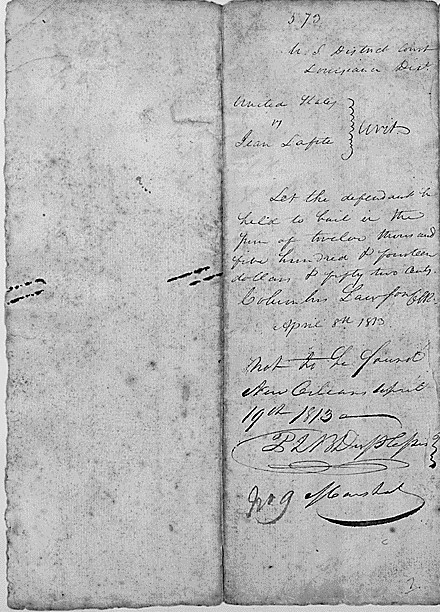 • Admitted to the Louisiana Supreme Court on March 5, 1813

• Register of the Land Office for the Eastern District of Louisiana, 1813-1815

• As Clerk of Court for the Louisiana District, Lawson signed an order in 1813 commanding privateer, Jean Lafitte, to appear in United States District Court. The lawsuit is titled “United States v. Jean Lafite,” Lafite spelled with just one “t.” Lawson signed a writ on April 8, 1813, setting bail of $12,514.52. U.S. Marshal Peter L.B. Duplessis, the first Louisiana marshal, failed to serve the writ, noting on April 19, 1813 that Jean Lafitte was “not to be found.” 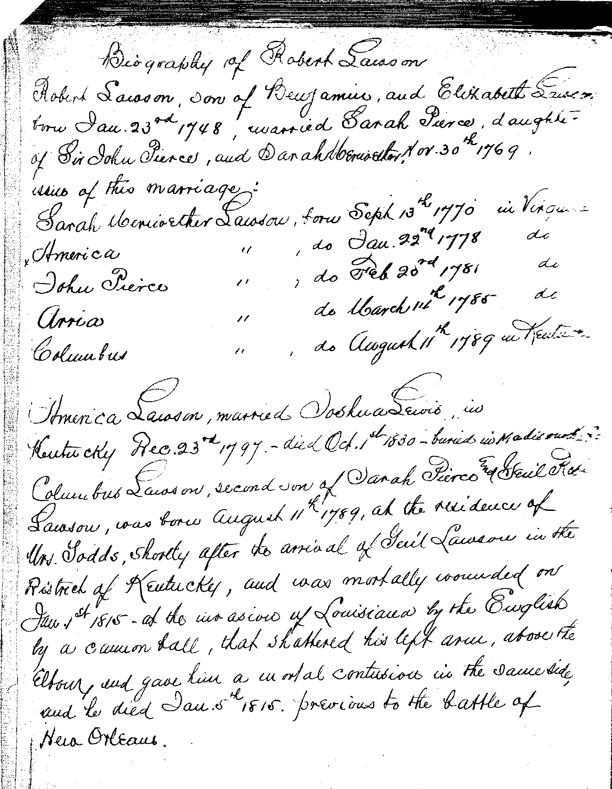 • Only Louisiana lawyer that died fighting the British during the Battle of New Orleans. During the January 1, 1815 artillery duel, a British cannonball “shattered [Lawson’s] left arm, above the elbow, and gave him a mortal contusion in the same side.” According to his family Bible record, Lawson died on January 5, 1815, allegedly following amputation of his arm. He was 25 years old and not married.

Left image: Order commanding Jean Lafitte to appear in court. Courtesy of the National Archives and the U.S. Marshals Service.