Jackson's Bodyguard: Lawyers Who Fought in the Battle of New Orleans: Introduction 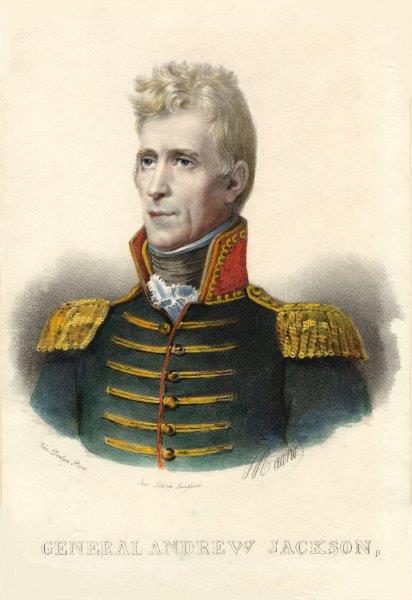 Louisiana lawyers played a prominent role in the defense of New Orleans in December 1814 and January 1815. American forces led by Major General Andrew Jackson decisively defeated Major General Sir Edward Pakenham’s British troops at the Battle of New Orleans on January 8, 1815. The British sustained 2,600 casualties, including dead, wounded, and prisoners, during this approximately two hour battle. The Americans, on the other hand, reported only seven men killed and six wounded. Lawyers volunteered as Jackson’s aides de camp and as his bodyguard, as well as in other units. Andrew Jackson himself was a lawyer and judge, having served for six years on the Supreme Court of Tennessee. This libguide, based on a display on exhibit in the Louisiana Supreme Court Museum, highlights Louisiana lawyers who guarded Major General Jackson at the Battle of New Orleans.

Lawyers joined Captain Peter V. Ogden’s Company of Orleans Dragoons, a cavalry unit, also known as Captain Ogden’s Horse Company. The British navy defeated the outnumbered American gunboats at the Battle of Lake Borgne on December 14, 1814. After Major General Jackson declared martial law two days later, Captain Ogden, a New Orleans merchant, began organizing a volunteer cavalry unit to fight under Jackson. Captain Ogden’s Dragoons were Jackson’s bodyguard. On January 8, 1815, the day of the Battle of New Orleans, these men on horseback were stationed in the garden of Macarty’s plantation, Jackson’s headquarters on the battlefield. Only the officers wore uniforms. This cavalry company was “composed of young men of education and high position in society,…and constituted the guard of the commander-in-chief, obeying his orders alone.” Ogden’s Dragoons were to attack the enemy who broke through the American line. 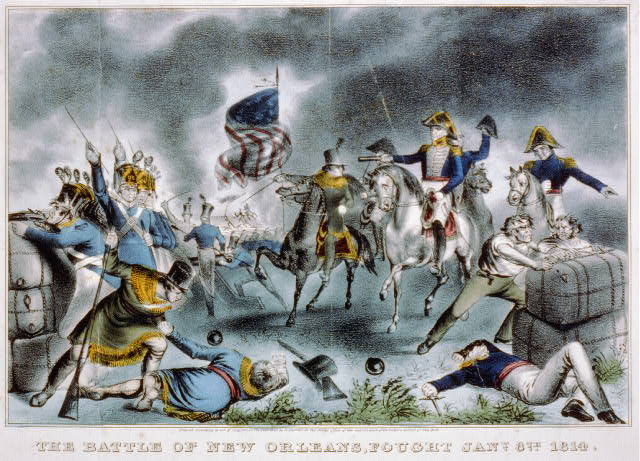 Columbus Lawson volunteered with Ogden’s Dragoons while serving as Clerk of the United States District Court for the Louisiana District, located in New Orleans. He died from wounds sustained during the January 1, 1815 artillery duel. Lawson appears to be the only Louisiana lawyer who died while fighting the British at New Orleans. Other lawyers who joined Ogden’s cavalry included Corporal Alfred Hennen, a practicing attorney and law professor at the University of Louisiana; City Recorder Nathan Morse, who served directly under New Orleans Mayor Denis Prieur; and Frederick H. Sumner, who died of yellow fever just four years after the Battle of New Orleans. 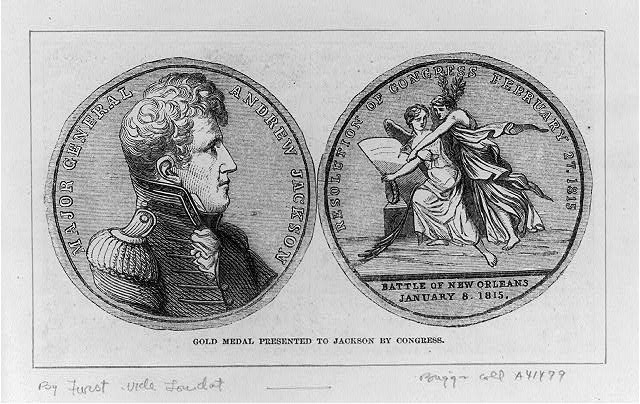 New Orleans was fortunate to have such a learned bar in 1815. Ogden’s Dragoons included graduates of Ivy League Universities: Hennen from Yale and Sumner from Harvard. Morse, a New Jersey native, studied law under Colonel Aaron Ogden, a future Governor of New Jersey, and uncle of Captain Peter V. Ogden. Two lawyers moved from Kentucky to New Orleans: Fielding Turner, born in Virginia, first practiced law in Kentucky and Columbus Lawson left Kentucky with his sister and brother-in-law, Judge Joshua Lewis. George Augustus Waggaman was first admitted to the Maryland bar; and John Nicholson relocated from Pennsylvania. Two of Ogden’s Dragoons were originally members of the Virginia bar: Henry Johnson and John Dick, who was born in Ireland and raised in Virginia. These nine lawyers, none of them born in Louisiana, volunteered to defend New Orleans - and one, Columbus Lawson, made the ultimate sacrifice. This libguide will introduce these early members of the Louisiana bar, who served directly under Major General Andrew Jackson at the Battle of New Orleans.

Right image: Courtesy of the Library of Congress. This 1842 Currier & Ives print entitled “The Battle of New
Orleans, Fought Jany 8th 1814,” contains a misprint. The Battle of New Orleans was fought on
January 8, 1815, not 1814.

Bottom left image: Courtesy of the Library of Congress.  Gold medal presented to Jackson by Congress in recognition of his service.

This exhibit was originally researched and compiled by Mary Ann Wegmann, J.D., with the support of a grant from the Louisiana Endowment for the Humanities. She also wrote an article about her research in De Novo, the newsletter of the Law Library of Louisiana. Her research was also featured in the Louisiana Bar Journal.