Jackson's Bodyguard: Lawyers Who Fought in the Battle of New Orleans: Hennen 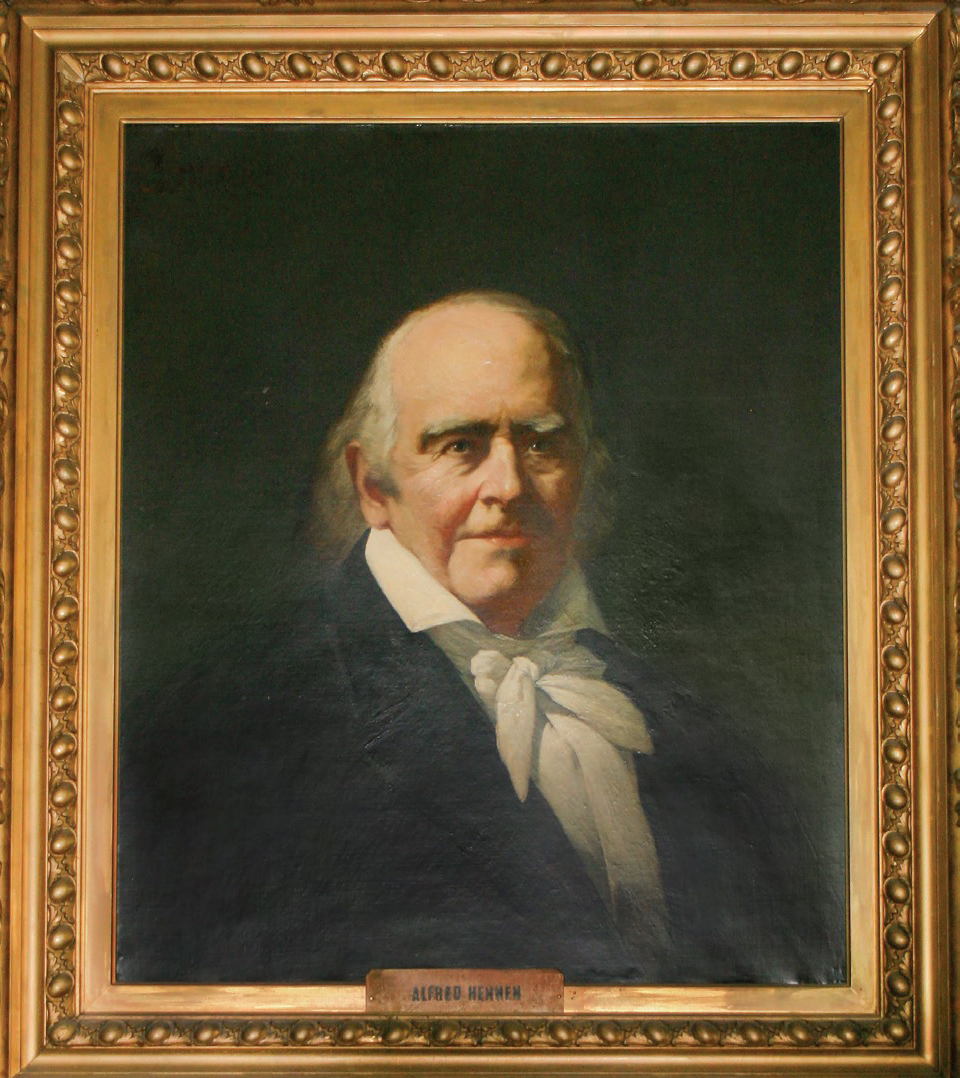 • Law Professor at University of Louisiana (later became Tulane University) It is said that Hennen declined several offers to serve on the bench, maybe preferring to teach law. He taught constitutional law, common law and equity jurisprudence for 15 years 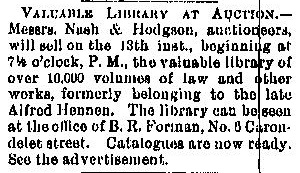 • Amassed one of the largest private libraries in the South, consisting of more than 10,000 volumes, which were auctioned in 1870, after his death

• Met with author Benson Lossing when Lossing visited New Orleans to gather information for his Pictorial Field-Book of the War of 1812, April 1861

• Lossing described Hennen as “a leading lawyer in New Orleans who was one of Jackson’s mounted lifeguard, and was engaged in active and perilous duty on the memorable 8th of January, 1815”

• At his death at age 83, Hennen was the “oldest lawyer in Louisiana” and the oldest member of the Presbyterian Church in New Orleans 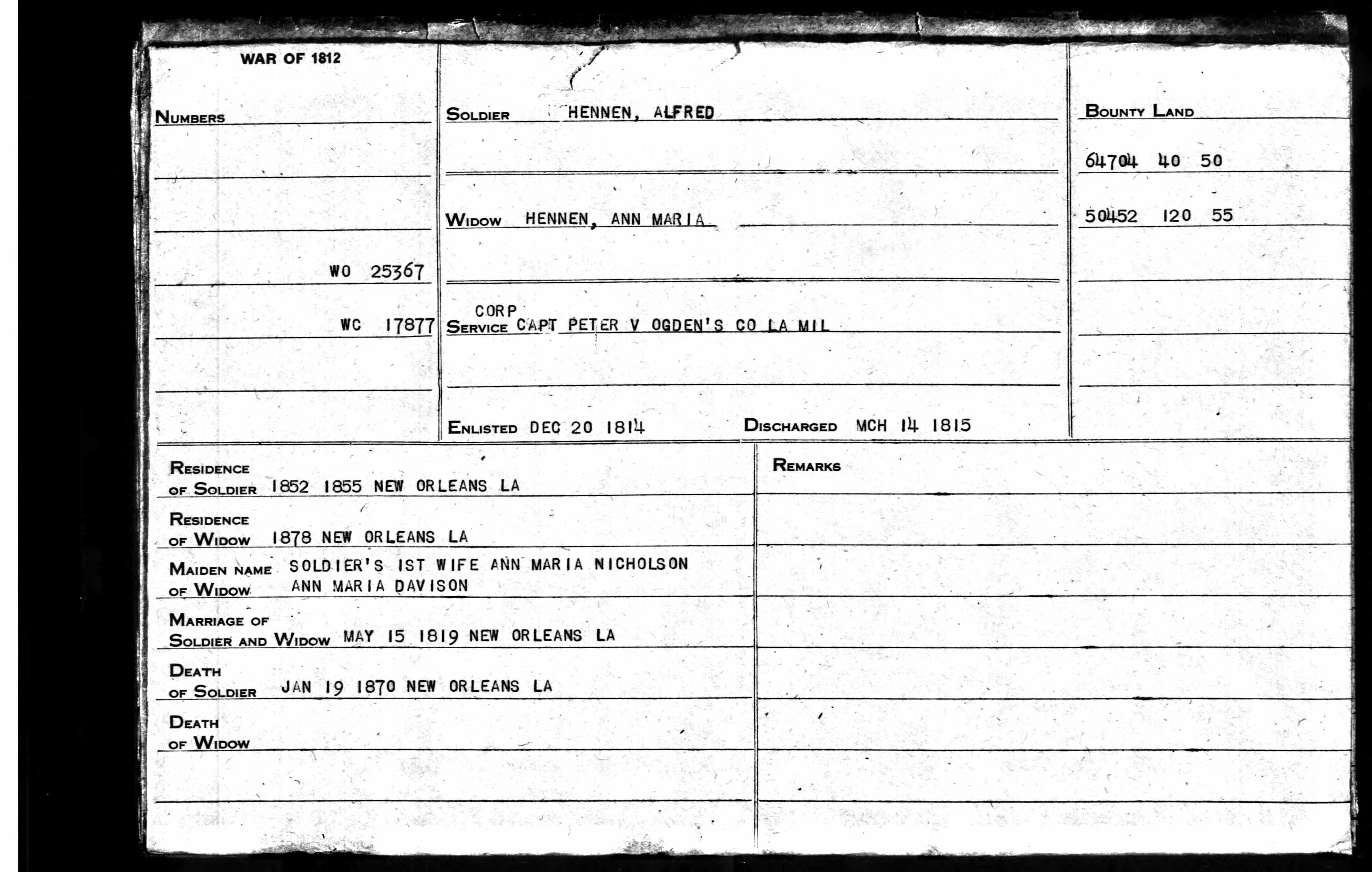 • After Hennen’s death in 1870, his widow received a pension of $8 per month based on Hennen’s service at the Battle of New Orleans, 55 years after the Battle.