Jackson's Bodyguard: Lawyers Who Fought in the Battle of New Orleans: Nicholson 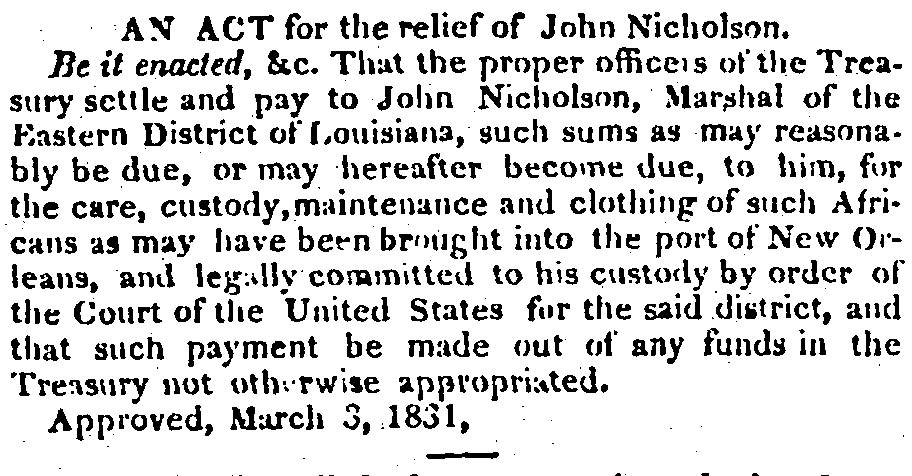 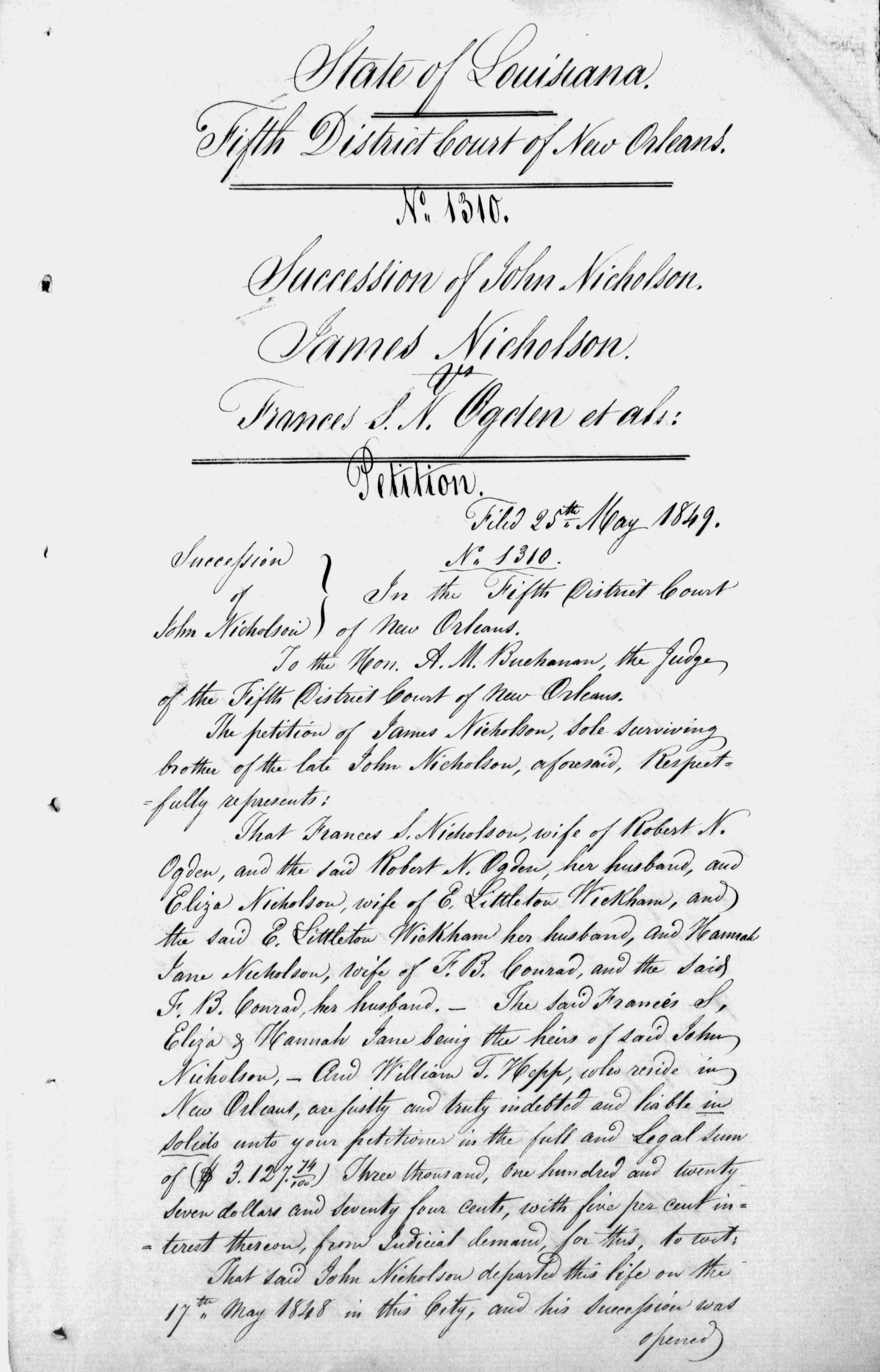 • Eulogized as “Friend of the Orphan in Louisiana”

• Resided in New Orleans for 40 years

• John Nicholson died unexpectedly in New Orleans on May 17, 1848, after a brief illness, leaving a large estate to his children and niece. John Nicholson named his sole surviving brother James as his executor in his olographic will. Since James was in Pennsylvania and his address unknown, the court appointed another executor who administered John Nicholson’s estate and received commissions. James later filed suit against John Nicholson’s heirs, seeking more than $3,000 in commissions. The Louisiana Supreme Court declined to award James any commissions, stating “that the office of executor should not be considered one of great profit.” Nicholson v. Ogden, 6 La.Ann. 486, 487 (1851).