The end of the civil war did not bring civil rights or voting rights to the freedmen. Governor Wells recalled the constitutional convention in the summer of 1866. A crowd gathered outside the proceedings. A white police mob attacked the crowd, and killed 37 onlookers. Many more were injured. Congress responded with the Reconstruction acts of 1867, which enfranchised adult black males and called for new constitutional conventions.

In August voter registration for a new convention began, with black men registering to vote for the first time. The September 1867 election sent 49 white and 49 black delegates to the convention. The delegates finished on March 9, 1868. The constitution was ratified in April, 66,152  votes to 48,739.

This new constitution was the first in Louisiana to contain a bill of rights. It enfranchised freed men. It disenfranchised ex-rebels. The constitution established integrated public schools, property rights of married women, and gave a pension to veterans of the War of 1812.

Official journal of the proceedings of the Convention, for framing a constitution for the State of Louisiana

Portraits of the Distinguished Members 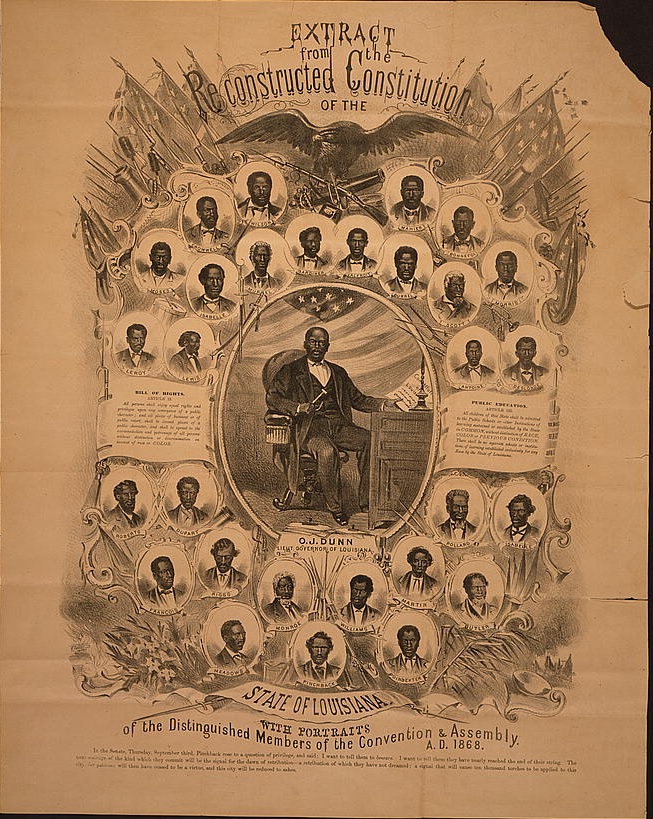 photo from the Library of Congress

Constitution adopted by the State Constitutional Convention of the state of Louisiana, March 7, 1868 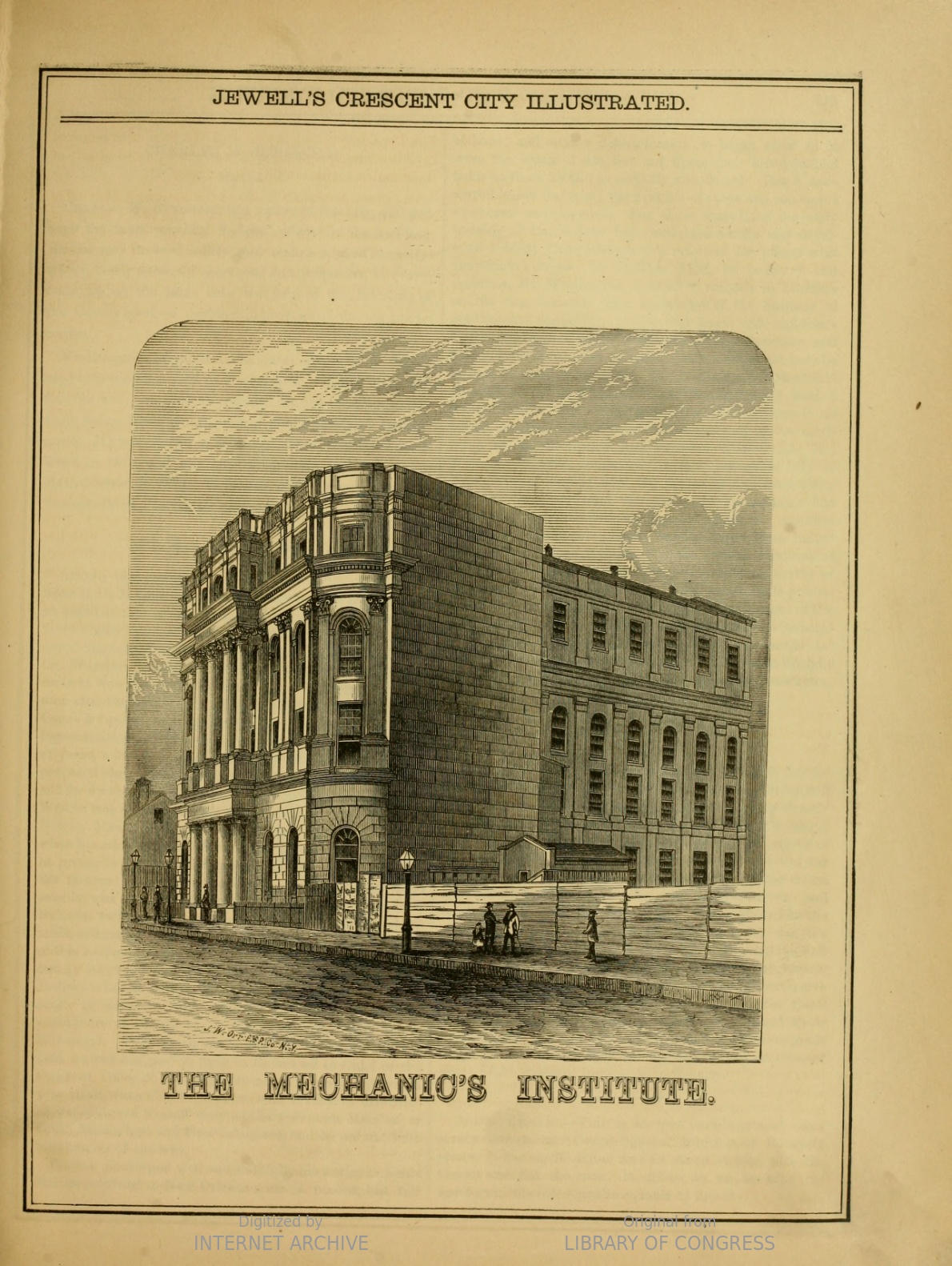