Myra Clark Gaines was born in 1806 to Zulime Carrière and Daniel Clark. The circumstances surrounding her parents' coupling and her birth are murky. Clark was a New Orleans politician and wealthy businessman. In 1802, Clark allegedly secretly married Carrière, who was already married. However, Carrière's first husband was also already married, meaning that their marriage was illegitimate from the start. Carrière sought proof of her first husband's bigamy in order to have that marriage annulled and her marriage to Clark recognized in 1806. However, at this same time, the relationship between Clark and Carrière began to break down. Clark began to court another woman and so had all documents related to his marriage to Carrière destroyed. Infant Myra, born that year, was placed in the care of Clark's close friend, Colonel Samuel Davis and his wife Marian. Clark did often visit her and provided some financial support but did not publicly acknowledge his paternity. He died in 1813. However, it was later alleged by Gaines in her legal battles that at the end of his life he confessed regret to his closest friends, and, having a change of heart, left his entire estate to Gaines.

Gaines’ legal journey, termed the “Great Gaines Case” by newspapers of the day, began in 1830 when she discovered she was not the biological daughter of the only parents she had ever known. She accidentally stumbled across letters to her (adoptive) father, learning that she was the biological daughter to Clark. When her adoptive father confessed, she determined to learn what she could of her biological parents.

She discovered that Clark had owned vast property holdings in New Orleans, including much of Canal Street, which was the heart of the business district, as well as several plantations across the state. He died in 1813, and his estate had been distributed to his mother according to an 1811 will, which was administered by his two former business partners. Gaines sought out a friend of Clark’s, who told her that Clark had left a will from 1813 that gave almost everything to her—but the will had disappeared. She also learned that her father and biological mother were secretly married but parted when he began a career in politics because Gaines’ mother had been previously involved in a messy bigamy lawsuit. Towards the end of his life, he regretted what had happened to his daughter Myra and decided to provide for her by leaving her almost all of his fortune and property in a will from 1813. Gaines verified this with several other friends, learning that her father’s business partners had destroyed the will and fraudulently managed the estate, taking most of the money and property for themselves. By the time Gaines learned of this dealings, most of the estate had been sold off.

Image left: Daniel Clark. Image right: A map showing the area of the city that Myra Clark Gaines claimed was her inherited estate. 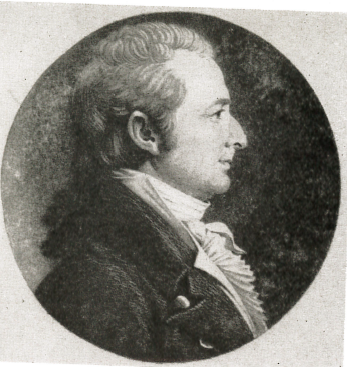 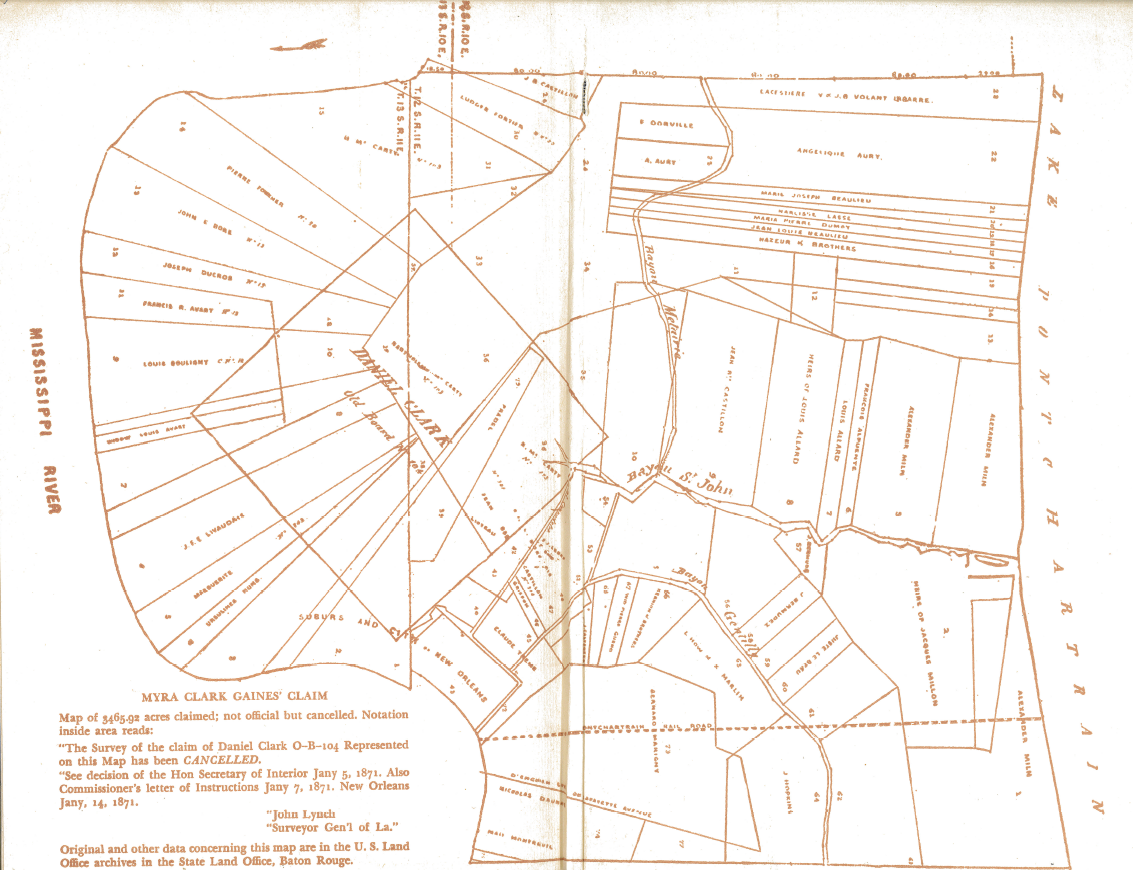