History of the Codes of Louisiana: Code of Civil Procedure 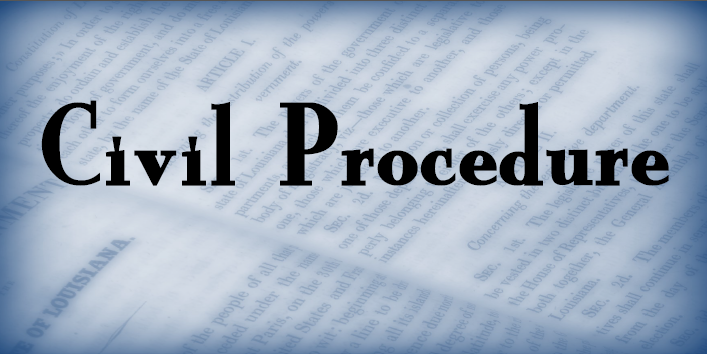 Alejandro O’Reilly was the second Spanish governor of Louisiana from 1769 to 1770, consolidating control of the colony and reforming its government, laws, and economy. He was a military leader dispatched to deal with the rebellious French Louisianians. His ordinances of instructions on civil procedure had a huge impact on the new Spanish colony. He not only replaced all existing French law with Spanish law, but, in so doing, also transformed Louisiana into a colony governed by the same justice system as all other Spanish colonies in the Americas. Though these ordinances are referred to as the “Code O’Reilly,” they were not actually a code. Instead, they were O’Reilly’s distillation of Spanish law, including Spanish civil procedure, as he understood it. O’Reilly’s implementation of Spanish law and rejection of French law was not without controversy. However, because the only two French lawyers in the state at the time were among the group of men executed, after that, anyone with legal grievances could only avail themselves of Spanish lawyers. 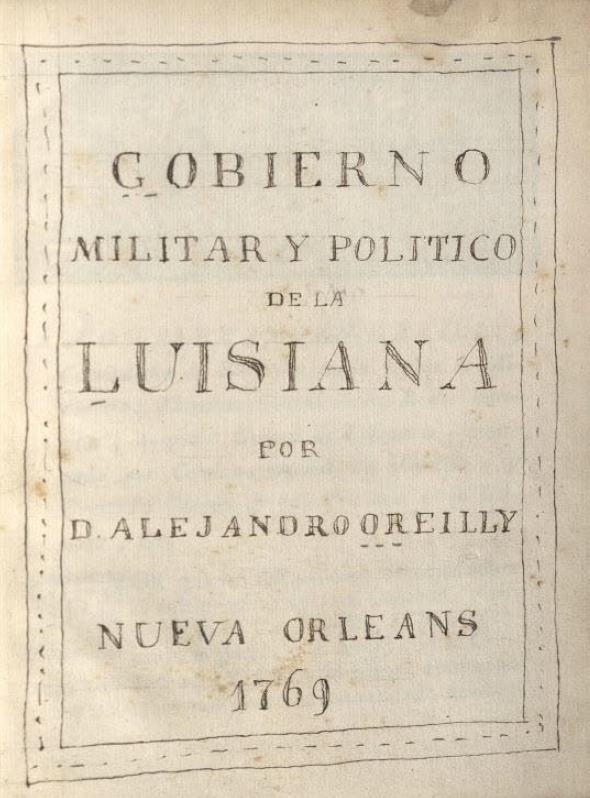 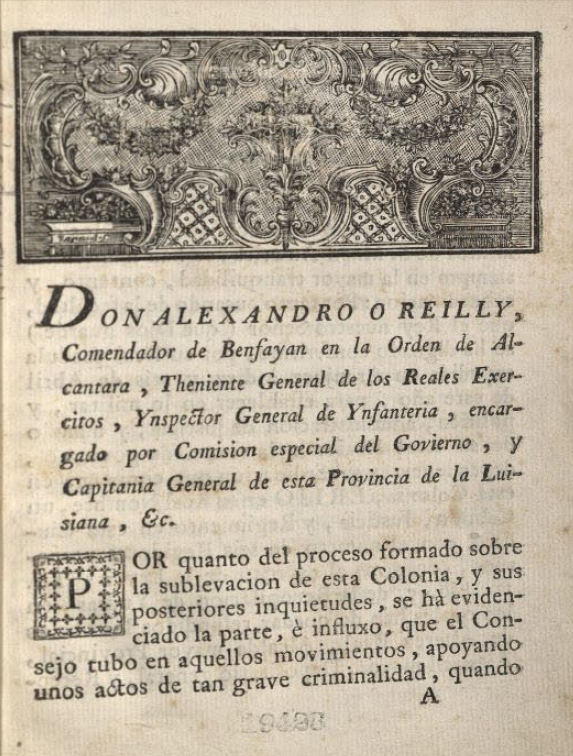 Rules of practice were required for the influx of Americans pouring in after the Louisiana Purchase. These new attorneys were untrained in the civil law. In 1805, the Louisiana legislature passed An Act Regulating the Practice of the Superior Court, in Civil Causes (Practice Act). The Practice Act was a merging of civil law and common law principles. It was based on both the works of O’Reilly and U.S. chancery practice. However, the Practice Act was innovative in that it did not require sophisticated Spanish forms or burdensome U.S. procedures. The Practice Act provided simple modes of procedure and required statements in intelligible language. The main features of the 22 provisions of the Practice Act were: establishment of jury trials; open court examination of witnesses; and writs of quo warranto, procedendo, mandamus, and prohibition. It also included requirements for written petitions when filing suits; service of and answering petitions in both French and English; duties of sheriffs; and self-government of courts, as long as not in conflict with the rest of the Practice Act. The act also included forms for attorneys to use in their practice before the courts.

In 1805, the Legislature enacted An Act for Dividing the Territory of Orleans into Counties, and Establishing Courts of Inferior Jurisdiction Therein, which created inferior courts and provided rules for practice. This second act contained 25 articles, including the requirement that all judgments should be pronounced in open court. These two acts were the foundation for the regulation of civil procedure in Louisiana from 1805 to 1825. 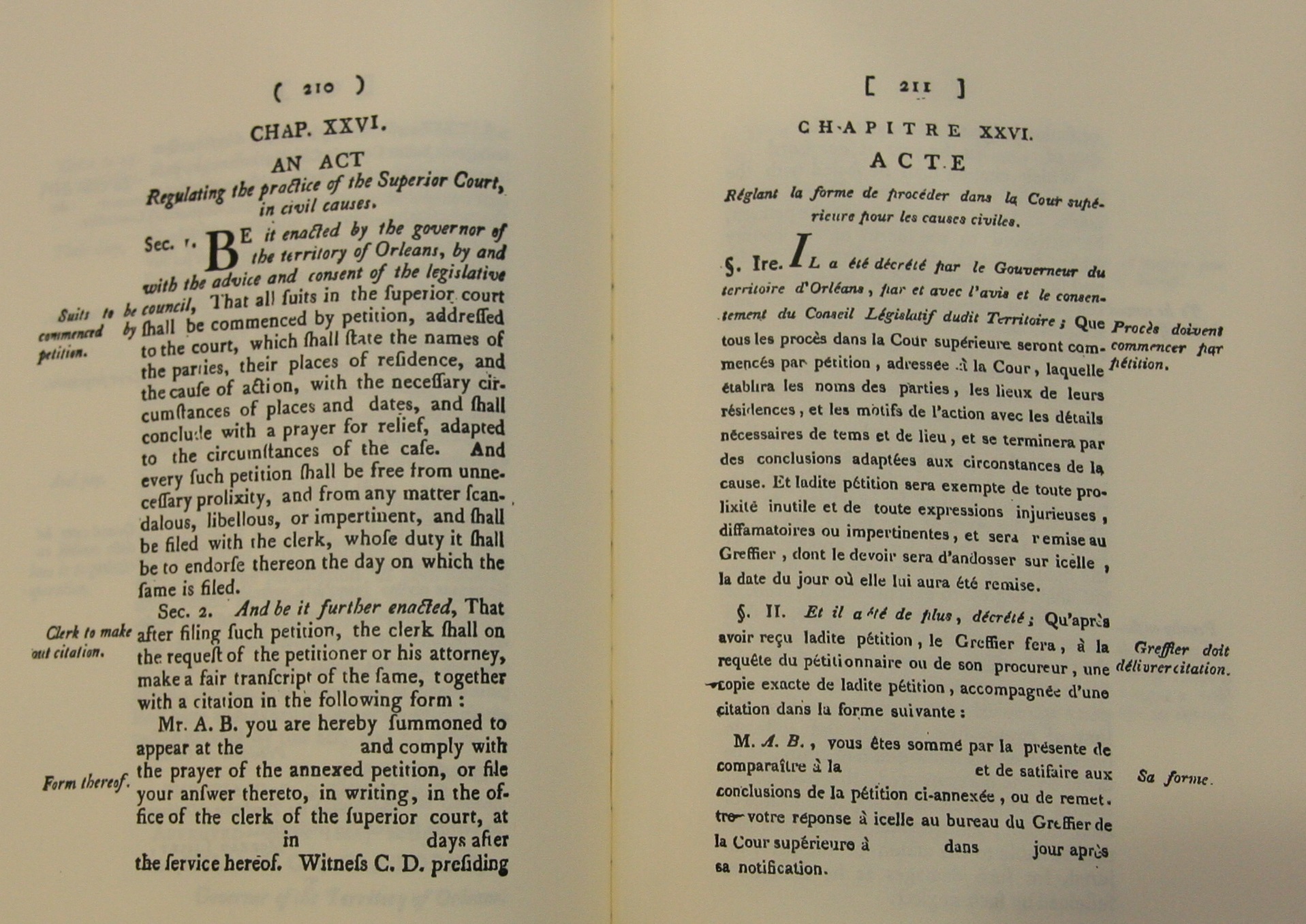 The use of a civilian legal system is not the only thing that makes Louisiana law unique. Unlike most every other state, Louisiana is also in the unusual position that most of its earliest laws were drafted in French or Spanish. This issue caused many problems in Louisiana’s early years. At the time of the Louisiana Purchase, most people in the new territory were French speakers. Though President Thomas Jefferson wanted to delay Louisiana’s admission into the Union as a state with its full rights and privileges, the French-Louisianians felt strongly that they should be granted statehood as soon as possible. They were concerned that the longer they remained a territory, with its inferior and subordinate status, the more likely that outside interlopers might interfere with their cherished civil law. When Congress finally did pass an act enabling Louisiana’s statehood, a constitutional convention was immediately held. The debates and proceedings were in French as was the Constitution they drafted. Congress had not required that the Constitution be in English but did require that a duly authenticated copy be submitted in English. As such, both the French and the English versions were declared authoritative. However, Congress did require that all laws passed by the legislature going forward must be in English. But all other legislative, legal, and judicial proceedings and documents continued to be overwhelmingly in French.

These early French-Louisianians were prescient in their fears of English imposition, but there proved to be very little that they could do about it. Once Louisiana was admitted to the Union, people across the U.S. flocked to the new state. These new residents were English speakers with no experience in a civilian legal system. As legal proceedings and documents continued to be in both French and English, confusion erupted. The Louisiana Supreme Court heard several cases that were based on claims of inconsistencies between the French and English versions of the law. The Court’s opinion in these cases was uniform, holding that for all laws passed after statehood the English language version controls unless there is ambiguity or error in the translation. In those cases, the French version can be consulted but not as a controlling document. Prior to Louisiana’s cession, the Court had ruled that both the French and English versions of an act were valid. In fact, for criminal cases, if ambiguity arose, then the construction most favorable to the defendant was allowed. After statehood, though, the French version was used only to shed light on the actual meaning of the English law.

Over the next few decades, the use of French in Louisiana drastically diminished. But the problems did not entirely cease. As late as 2004, Louisiana courts still grappled with issues arising from poor translations of laws from French to English.

Many “ancient Louisianians” were very afraid that the French language would be exterminated by the arrival of the English-speaking Americans. Some, like this anonymous author in 1821, published fervent, at times hyperbolic, editorials expressing their concerns. 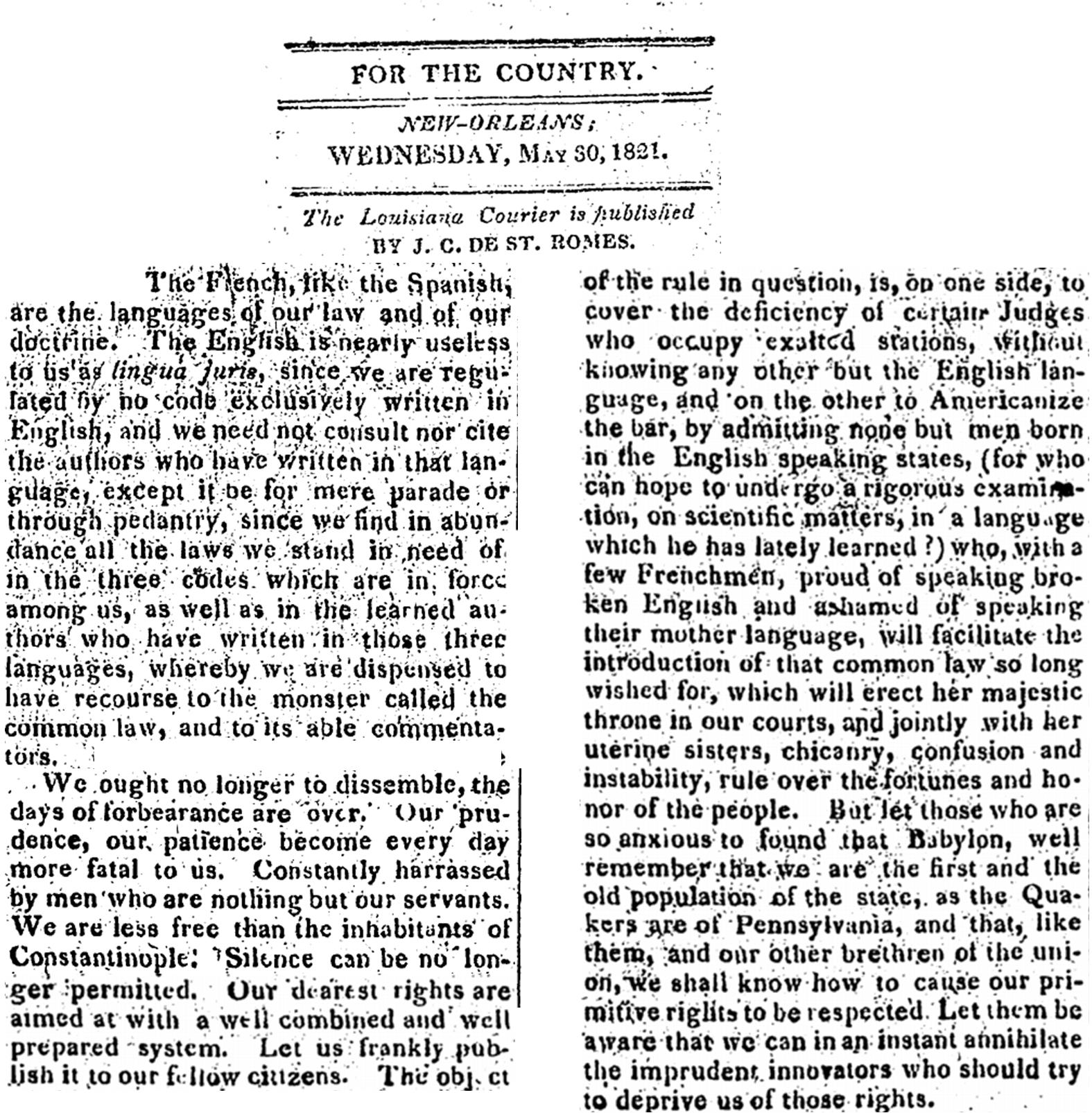 Judges differed in their opinions of how influential French law and language should be on cases in American Louisiana. 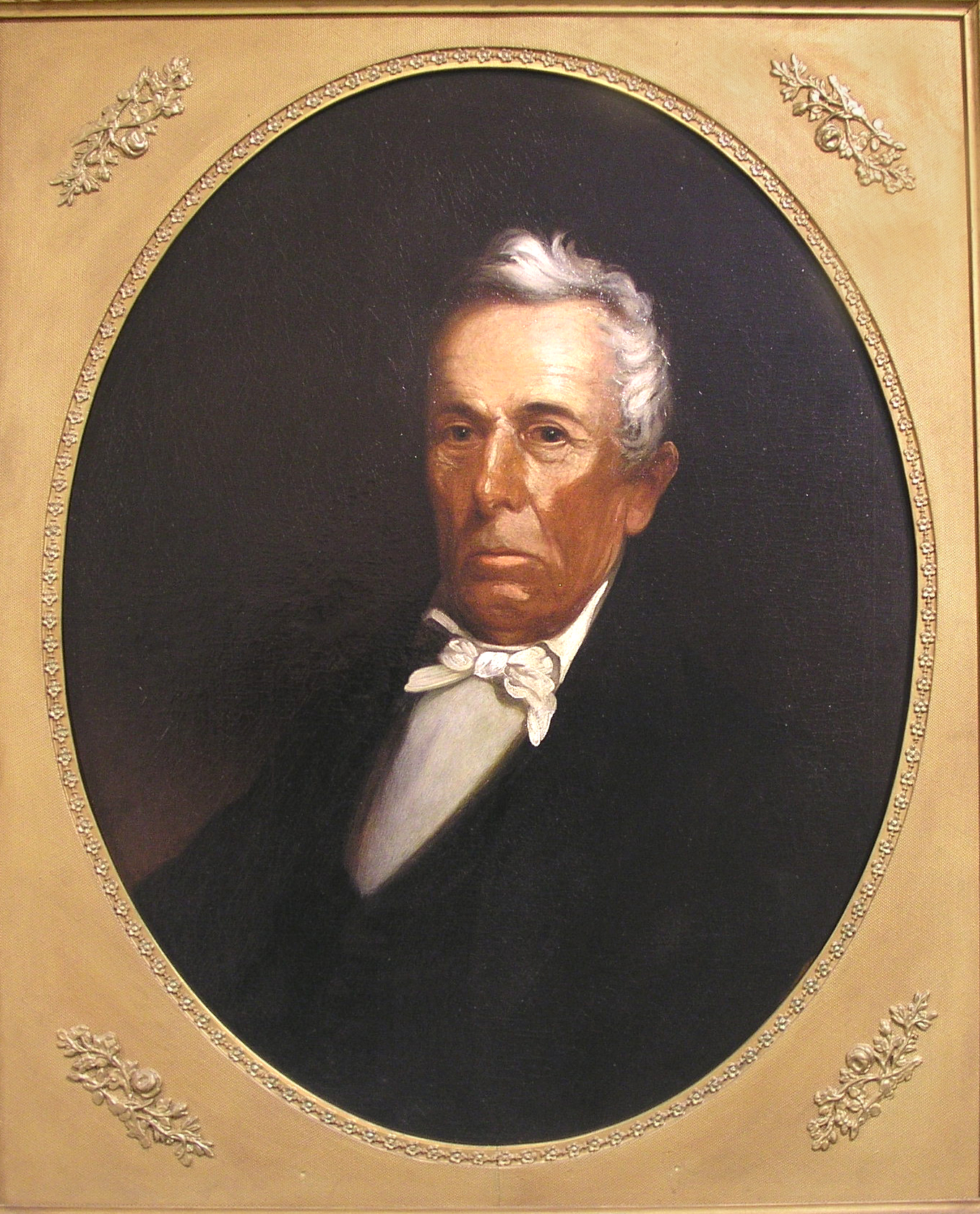 The English is the law; it is by constitutional order; the translation of that law is, at most, but the opinion of some clerk of the house, that it should be expressed in French, in such and such words. Will the court adopt the words of a clerk of the house, against the justice of the cause, rather than follow the plain and necessary meaning of the legislature, in the only part that, by the constitution, can be received as law? But I dismiss this part of the subject, with this single remark, that the French is not the law, but only a translation, which may or may not be correct. - Judge Martin of the Supreme Court of Louisiana in Breedlove v. Fletcher (8 Mart. (o.s.) 69, 1820) 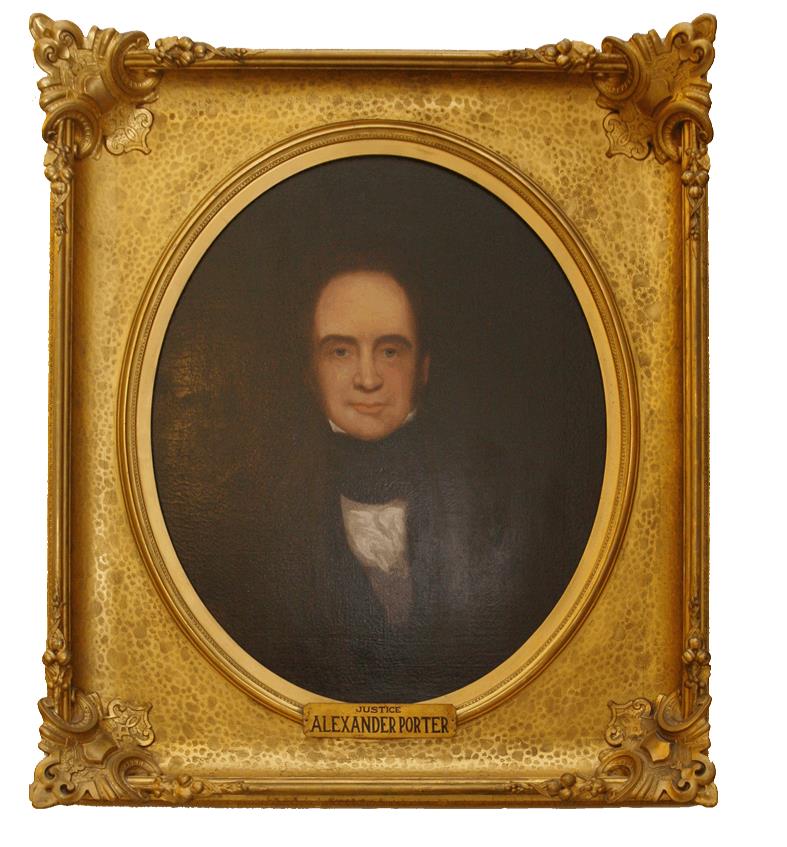 One of the most important duties which courts of justice have to perform, and certainly not the least embarrassing, is to arrive at a correct knowledge of the will of the legislator. To the difficulties intrinsic to the subject in all countries, there is added here, one very peculiar to Louisiana. A great portion of our law, particularly our codes, have been written in the French language, and badly translated into English; and that translation by the provisions of the constitution is of greater force than the original. We have heretofore resorted for assistance to the French in all cases when there was obscurity or ambiguity in the English text. Indeed many parts of the Code of Practice would be unintelligible without such aid. - Judge Porter of the Supreme Court of Louisiana in Williams v. Barrow (3 La. 57, 1831)

Over time, attorneys and the courts found that there were many areas of practice that had not been contemplated and were not included in the two acts. Practice was often subject to judicial discretion. This uncertainty motivated the legislature to seek reform. Louis Moreau-Lislet, Pierre Derbigny, and Edward Livingston were appointed to draft a new code of practice. In 18heir collaboration resulted in the System of Practice, Containing Rules To Be Observed in the Prosecution of Civil Actions. Comprising 1,161 articles in two parts, it reflected a synthesis of both European continental law principles and common law. However, it was overall more “civilian,” to the dismay of the many common law legal practitioners arriving from outside Louisiana. This code regulated the practice of law in Louisiana for nearly fifty years.