History of the Codes of Louisiana: Black Code 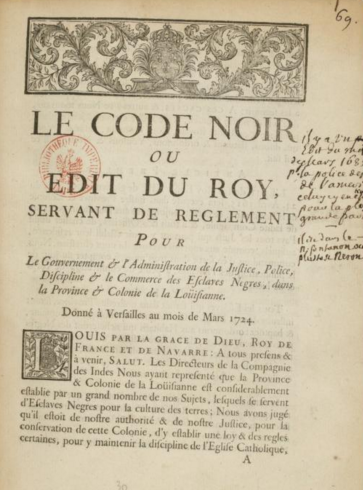 No code has such a complicated history as Louisiana’s Black Code. The Code noir was introduced in Louisiana in 1724, based on earlier codes developed in French Caribbean colonies. The French laws about slavery gave greater rights to enslaved persons than their British and Dutch counterparts. Owners of enslaved persons were required to baptize them in the Catholic faith and to give them Sundays off for worship. They were forbidden from severe mistreatment. Enslaved persons were allowed to marry and separation of families was not permitted. However, Louisiana’s law differed from the law in the Caribbean in several negative ways. Interracial marriage was prohibited. Enslaved persons could no longer be freed at their master’s discretion; instead, the Superior Council’s approval was required to grant all requests for freedom. Freedom could not be granted out of mere generosity. The Council required an extraordinary reason for freedom. 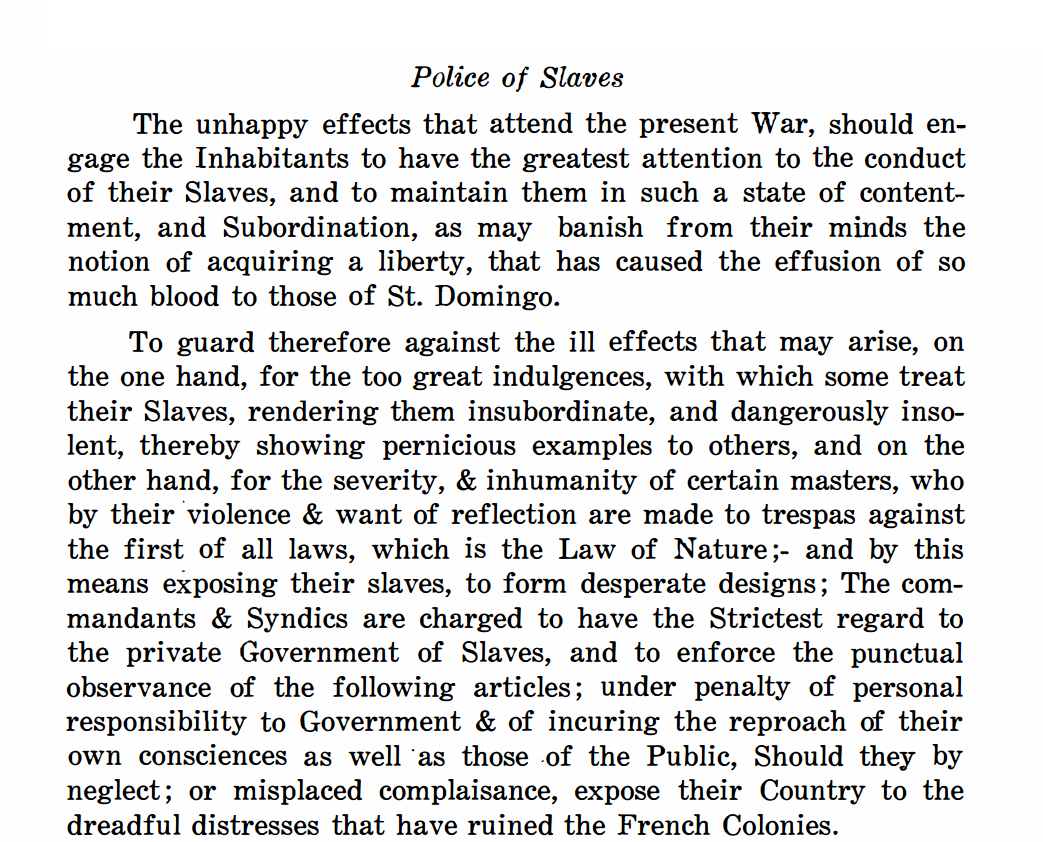 When Governor Alejandro O’Reilly, the second Spanish governor, arrived in 1764, he replaced all of the existing French law, including the Code noir, with Spanish law. Spanish slave law was found in multiple documents and additionally was influenced by customary practice. The Spanish law was more lenient than French. Most significantly, Spanish customary law allowed enslaved persons to purchase their freedom, even over the objection of their master. They could also petition the courts for release from extremely cruel masters. Though Spanish law appears on its face to be far more generous than French law, it actually had the effect of further stabilizing and entrenching slavery. Because enslaved persons had the right to self-purchase, they were less likely to participate in insurrections and more inclined to work hard in their free time, in order to save money to purchase their freedom. These customs were not officially law until Governor Francisco Carondelet issued a decree legalizing them in 1795.

As part of a systematic attempt to gain greater control over their own governance, the first territorial legislature of Louisiana enacted its own Black Code in 1806. As the legislators were overwhelmingly French, the new Black Code was much more French in nature than Spanish. Louisiana’s Black Code is often described as more lenient than other slave states. This is somewhat true since French slave law was harsher than Spanish but not as harsh as British and Dutch. Enslaved persons could no longer compel their masters to allow them to purchase their freedom as they could under Spanish law, but they were allowed to enter into contracts to do so (the only form of contract they could legally make). They could no longer petition the courts for freedom from cruel mistreatment. Only a criminal conviction allowed the enslaved person to request to be taken from a cruel master, but even this was not allowed in any way in other states. Masters were still required to give Sundays off, could not separate young children from their mothers, and were required to care for the old and disabled. In some ways though, Louisiana slave law was worse than other states. Punishment for crimes by enslaved persons was much more severe in Louisiana’s Black Code. Also, even though Louisiana’s Black Code was more lenient, it is not clear whether the ameliorative portions of the law were enforced in actual practice. 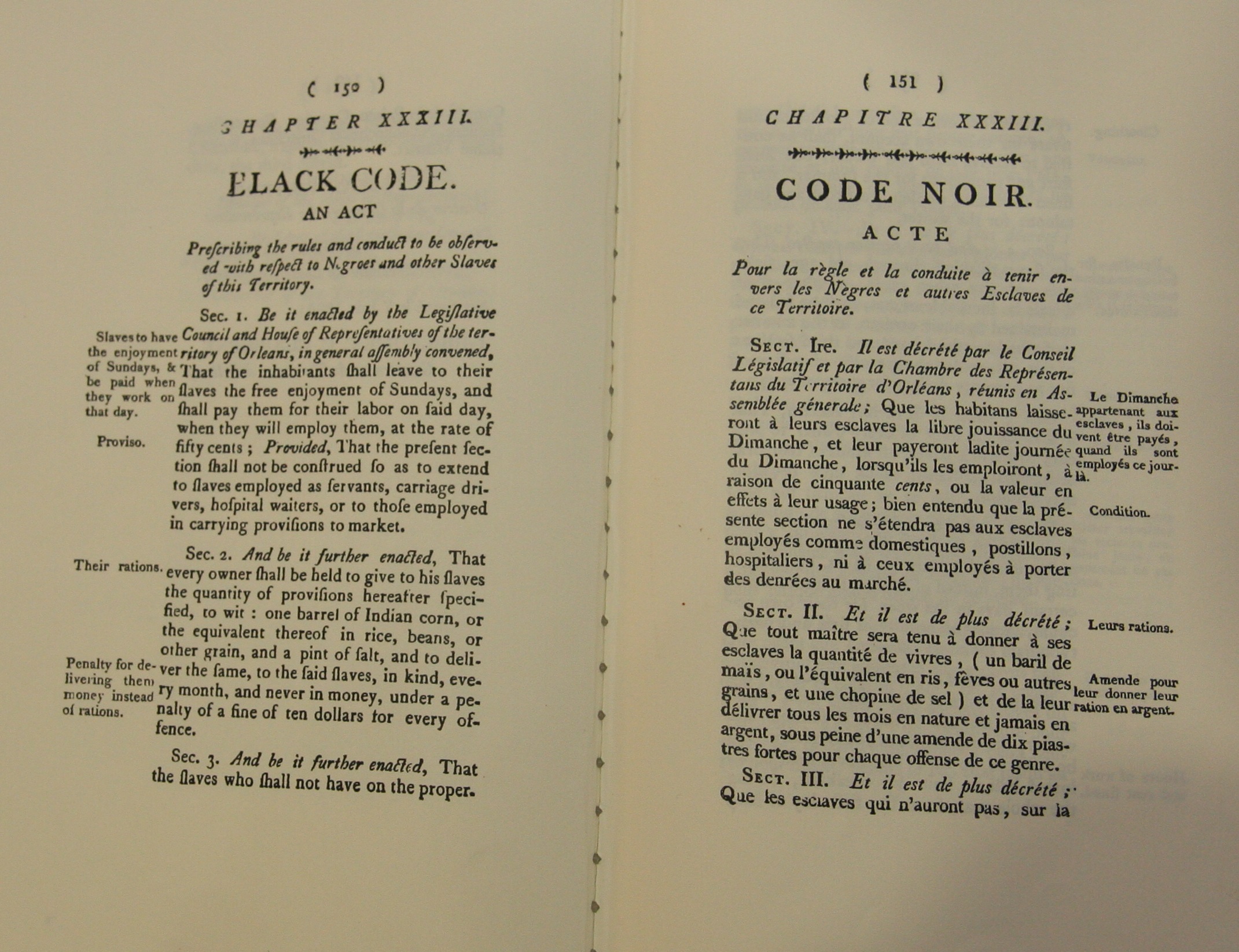 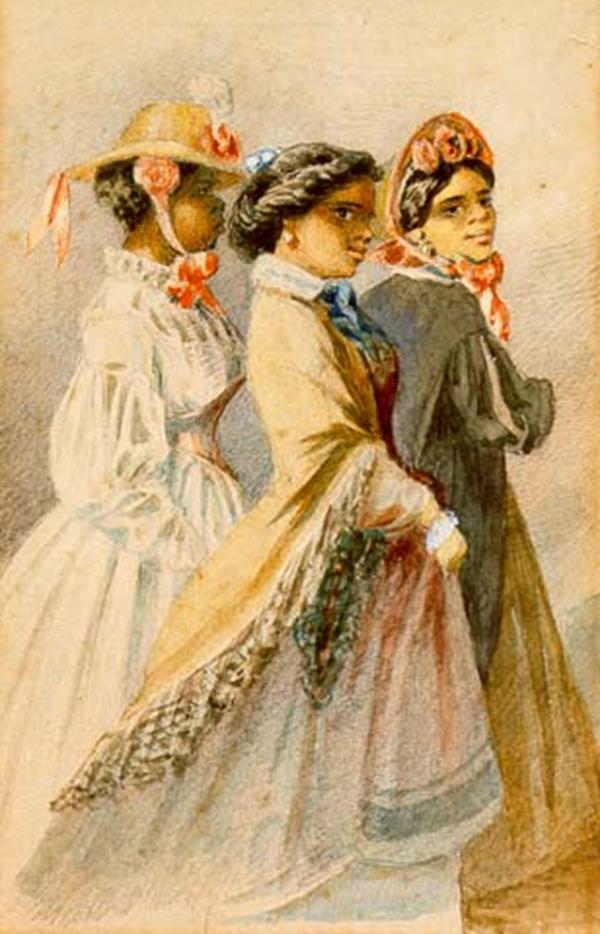 Louisiana thus developed a unique community of “free people of color.” Once free, according to the Black Code, persons of color were granted the rights of full citizenship, but with several crucial exceptions. For example, they could not vote, hold public office, or marry a white person.

At times, other restrictions also affected them. Because all non-whites had to carry proof of either ownership by a master or proof of being freed, free people of color were expected to carry passes identifying their status. There were periods when free blacks had to observe the slave curfew bell of 9:00 p.m., when they could not mask for balls, could not place wagers or bets of any form, when they had to gain permission to travel outside the city, or when they were prohibited from gathering in public.

However, the things they were permitted to do were also significant. They could conduct and operate all sorts of business, invest and lend out money, purchase and own enslaved persons, attend social institutions such as church and theater, live and build houses anywhere they chose, open schools to educate their children, and conduct their own dances, balls, and social gatherings. They had more legal rights as well, including the right to create and enforce contracts, and own property and weapons.

Unfortunately, in the decades after Louisiana’s statehood, its Black Code was revised several times. Every revision eroded the rights of both enslaved persons and free people of color.  And though Louisiana and all former Confederate states were required to end slavery after the Civil War as a condition to re-entering the Union, all the former slave states enacted highly repressive laws that severely curtailed the new free citizens’ rights, and forced them into new forms of subjugation that closely resembled slavery.

Unfortunately, as more non-French people poured into Louisiana from other states, the effect was to make the Black Code stricter and more severe, until it closely resembled other slave states by the time of the Civil War. The Union’s emphasis on a separation of church and state may have had a negative effect for enslaved persons. By eliminating all religious tones to slave law, the law further reduced enslaved persons’ humanity and enforced their status as property. The Black Code as it existed at the time of the Civil War formed the base for many laws and regulations passed after Louisiana rejoined the Union. Some parishes and towns, such as St. Landry, enacted their own municipal codes with nearly identical punitive restrictions, including forced employment. Though emancipation was required in order to regain admittance to the Union, these laws did much to curtail Black citizens’ rights, for both the newly freed and Louisiana’s large free people of color communities. 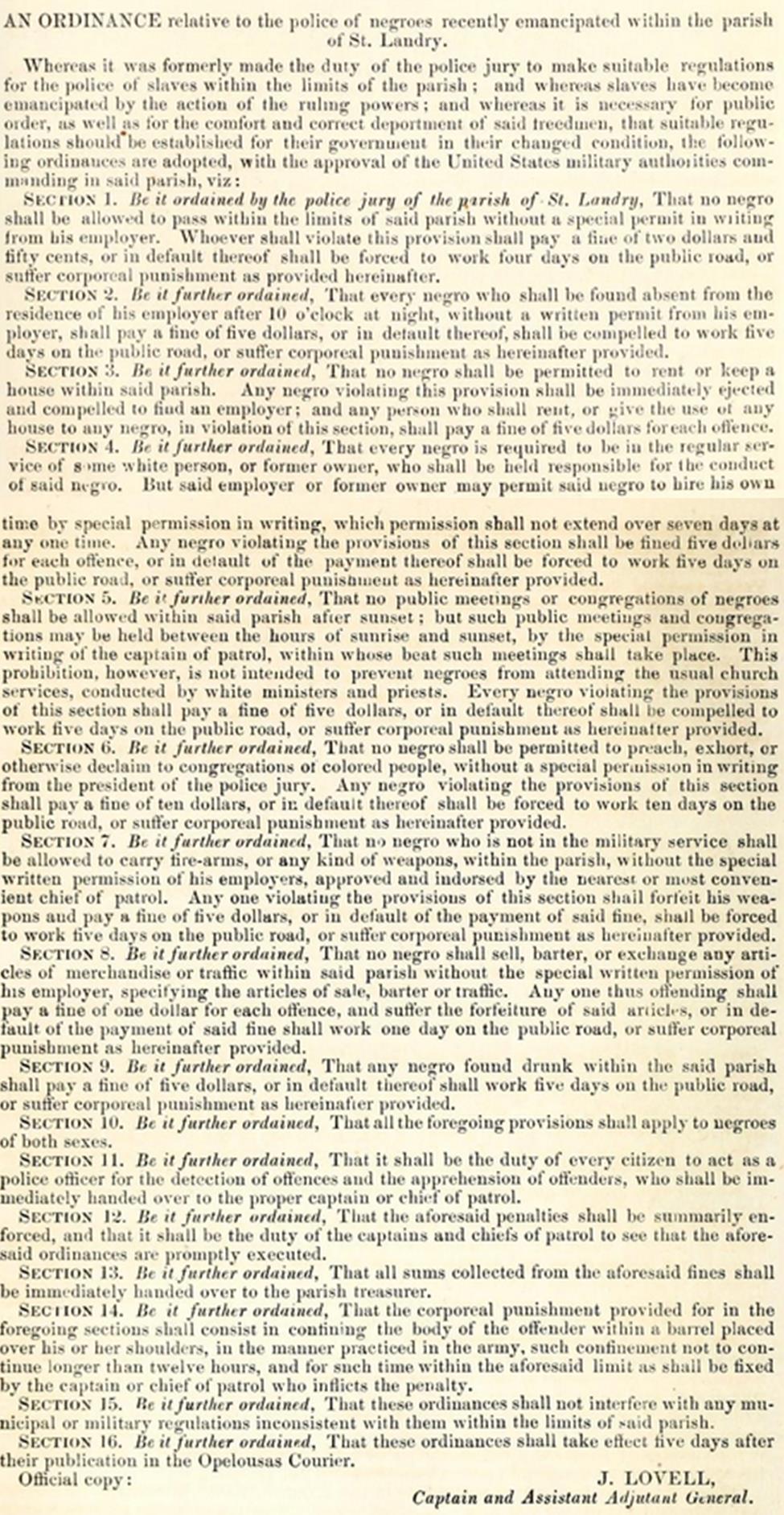