History of the Codes of Louisiana: Commercial Code

Louisiana already had a bustling commercial industry at the time of its admittance to the union. But Louisiana did not officially have its own commercial code. Instead, the courts relied, amongst other sources, on the Spanish Ordinances of Bilbao of 1737, which were in use prior to Louisiana’s cession. 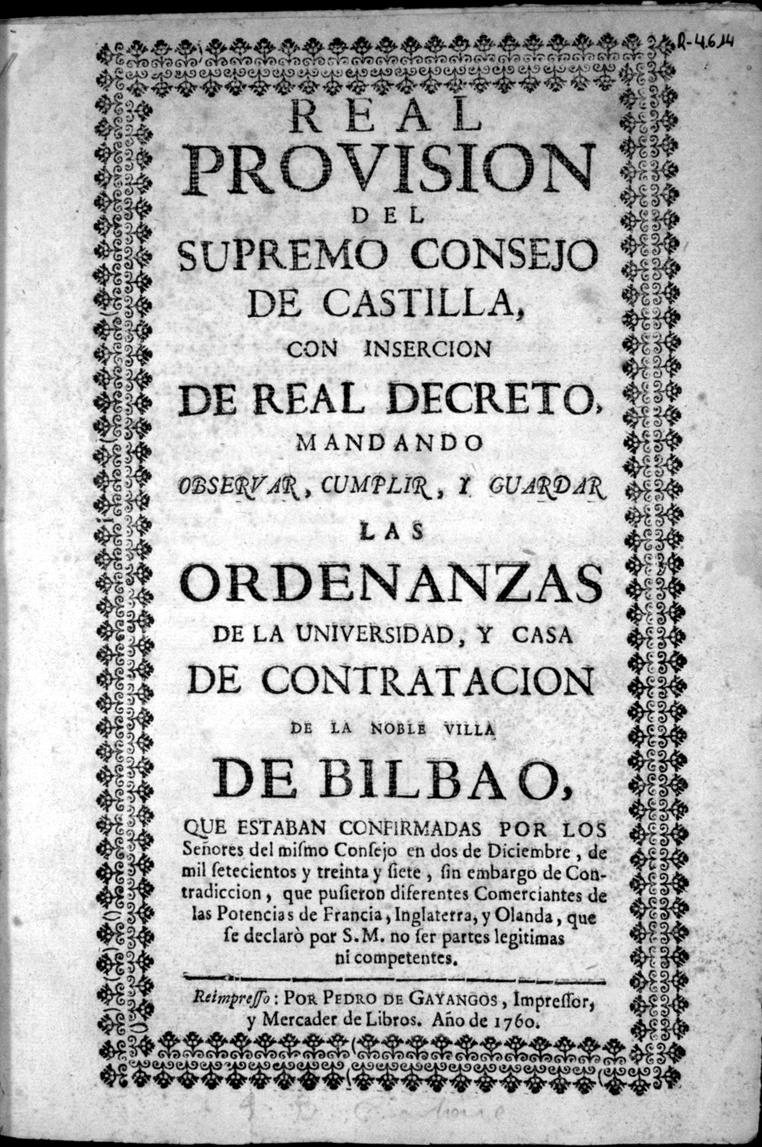 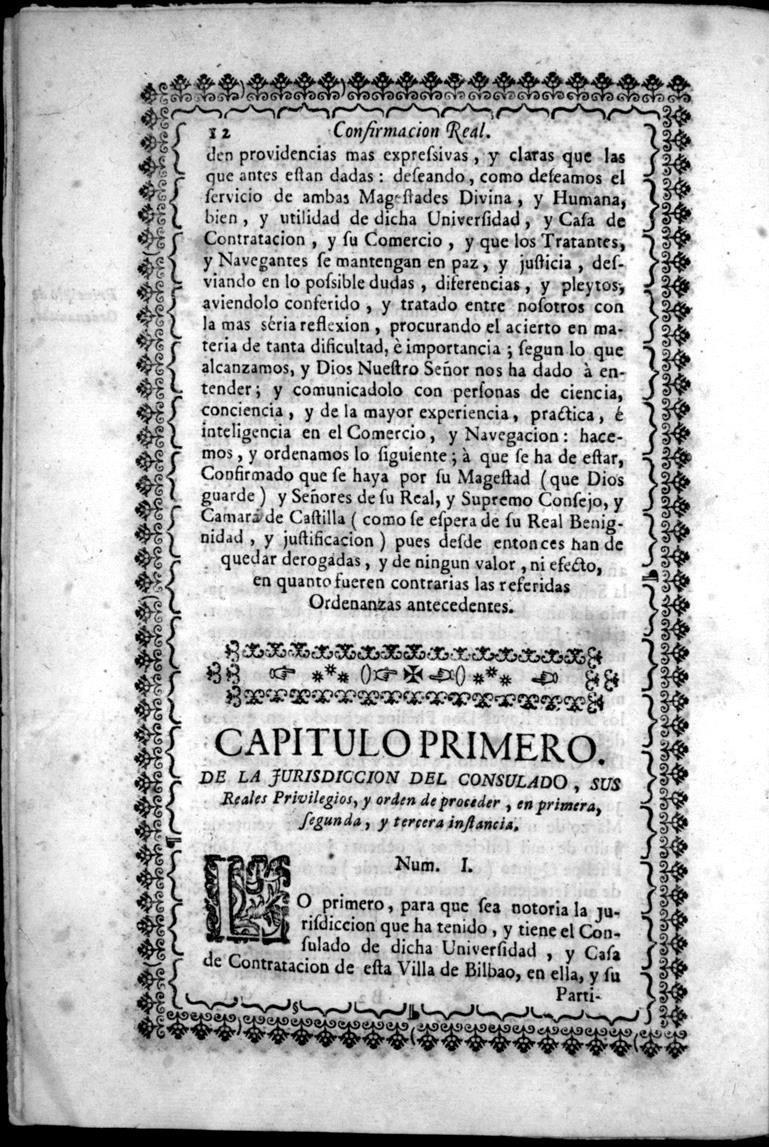 In 1806, the legislature passed a bill that provided “in matters of commerce the ordinance of Bilbao is that which has full authority in this Territory, to decide all contestations relative thereto; and that wherever it is not sufficiently explicit, recourse may be had to the roman laws; to Beawes lex mercatoria, to Park on insurance; to th treatise of the insurences by Emorigon, and finally to the commentaries of Valin, and to the respectable authors consulted in the United States [sic].” Though Governor William C.C. Claiborne vetoed this bill, it reflected what the courts were already doing when applying commercial law precepts. 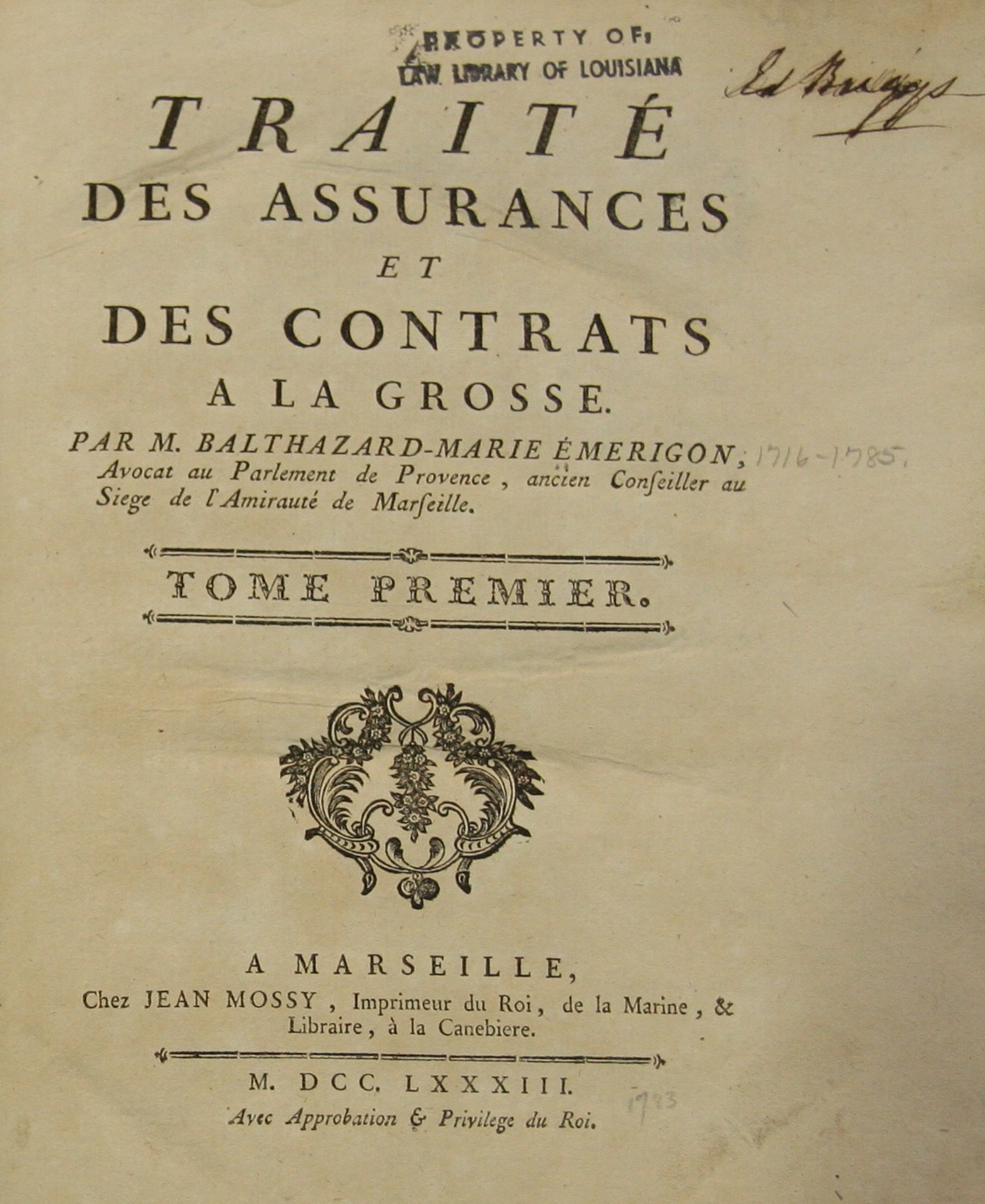 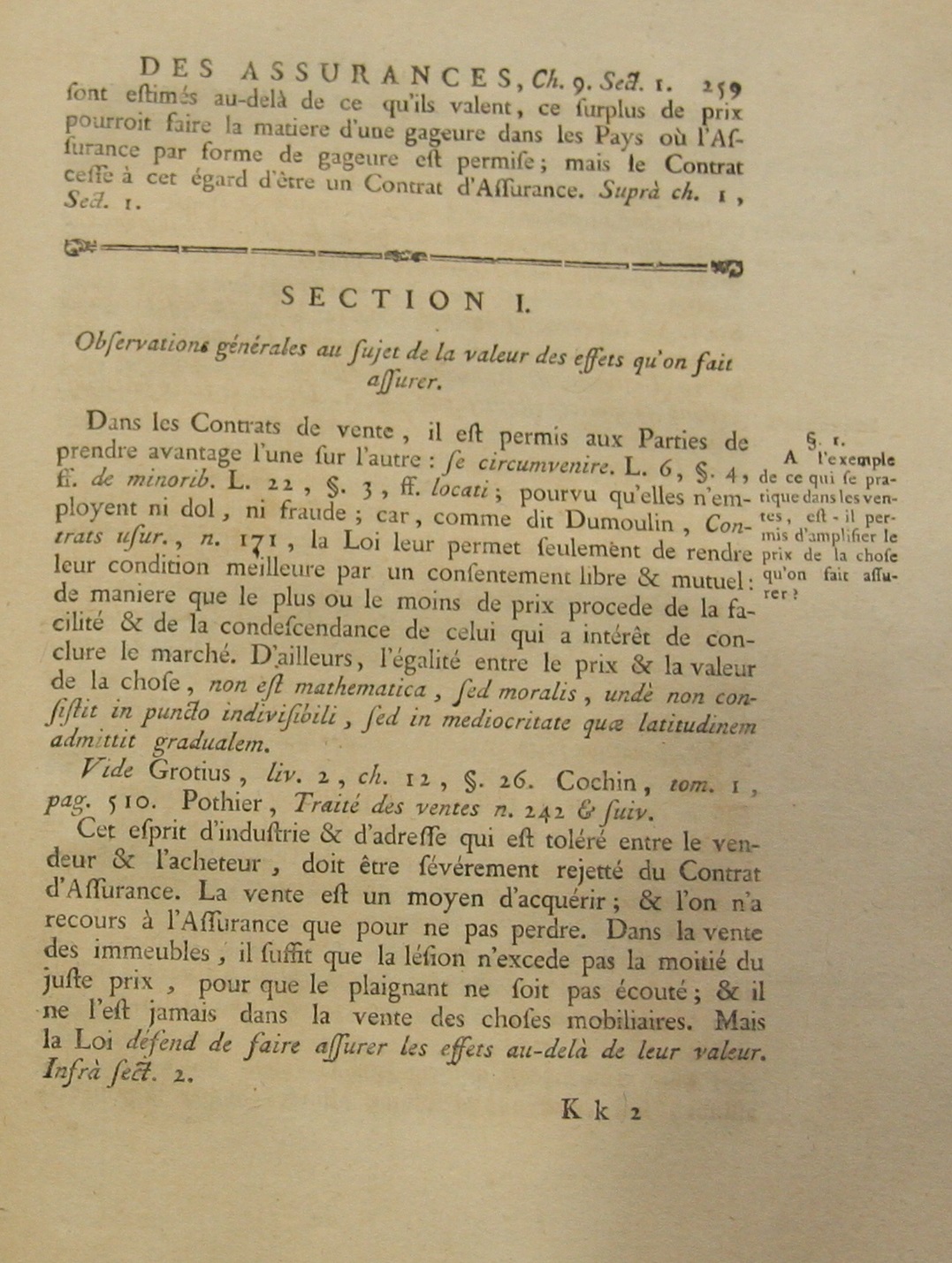 The Louisiana State Bank was chartered in 1818 and stood at the corner of Royal and Conti (pictured here after the building’s erection in 1822). It withstood the financial panic of 1837 and also the Civil War. Its checks featured images of the steamboat John Randolph and the Louisiana state emblem, the pelican and her brood. Though not the first bank in the state, it was the first bank chartered after Louisiana achieved statehood. 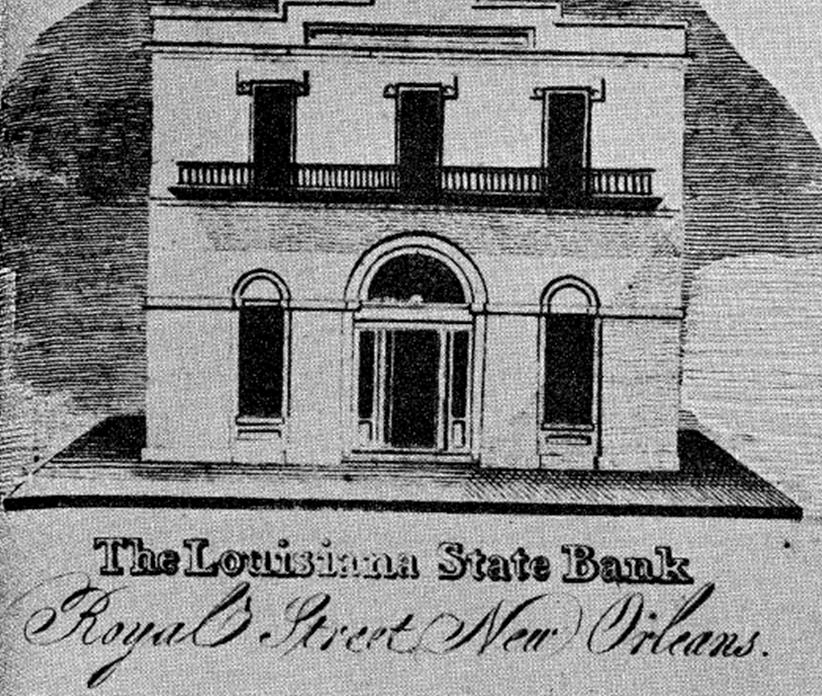 By the 1820s, there was a clamor among merchants for a consistent commercial code. This project was added to the already-heavy docket of Louis Moreau-Lislet, Pierre Derbigny, and Edward Livingston. The draft code had two parts, on commerce generally and on maritime commerce specifically. It used the French Code de commerce as its model, with some identical articles resulting. 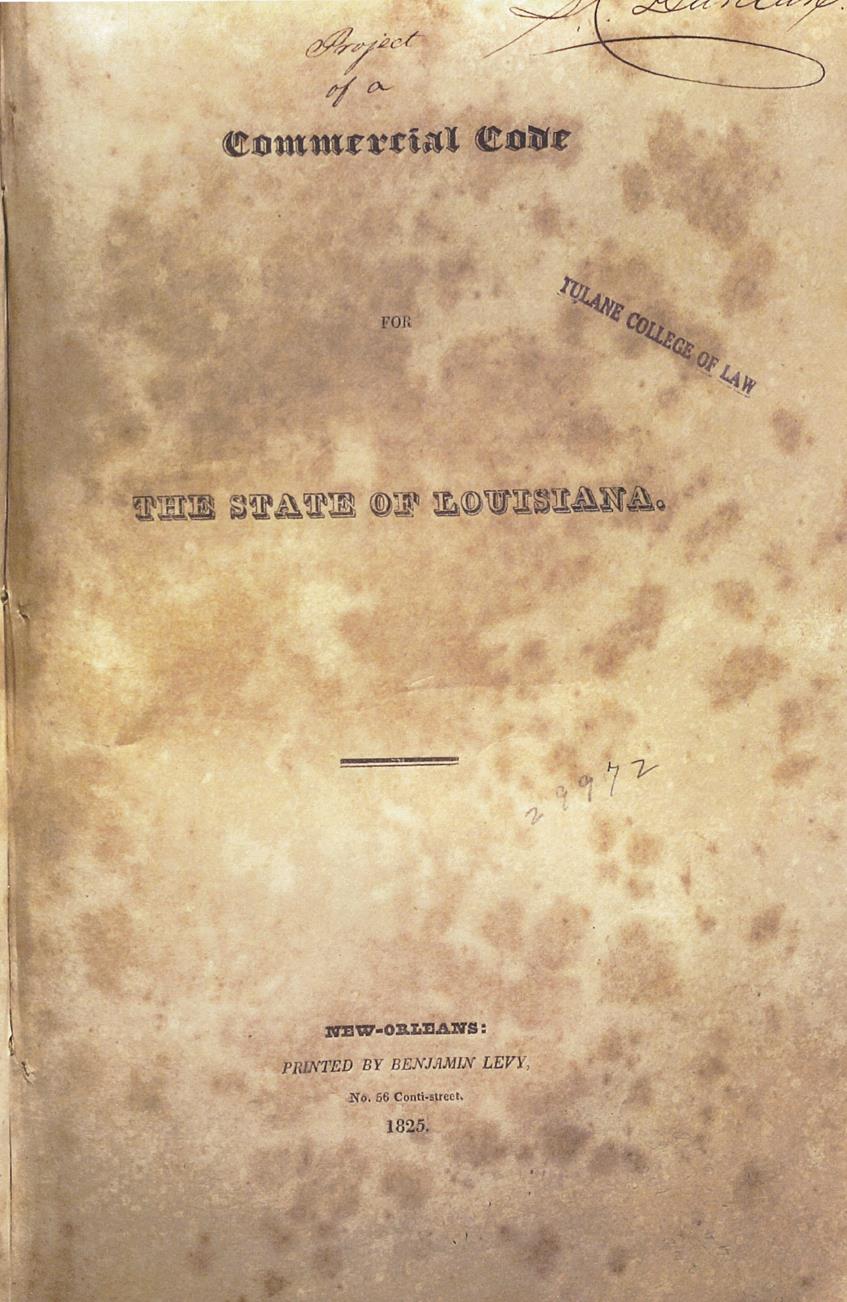 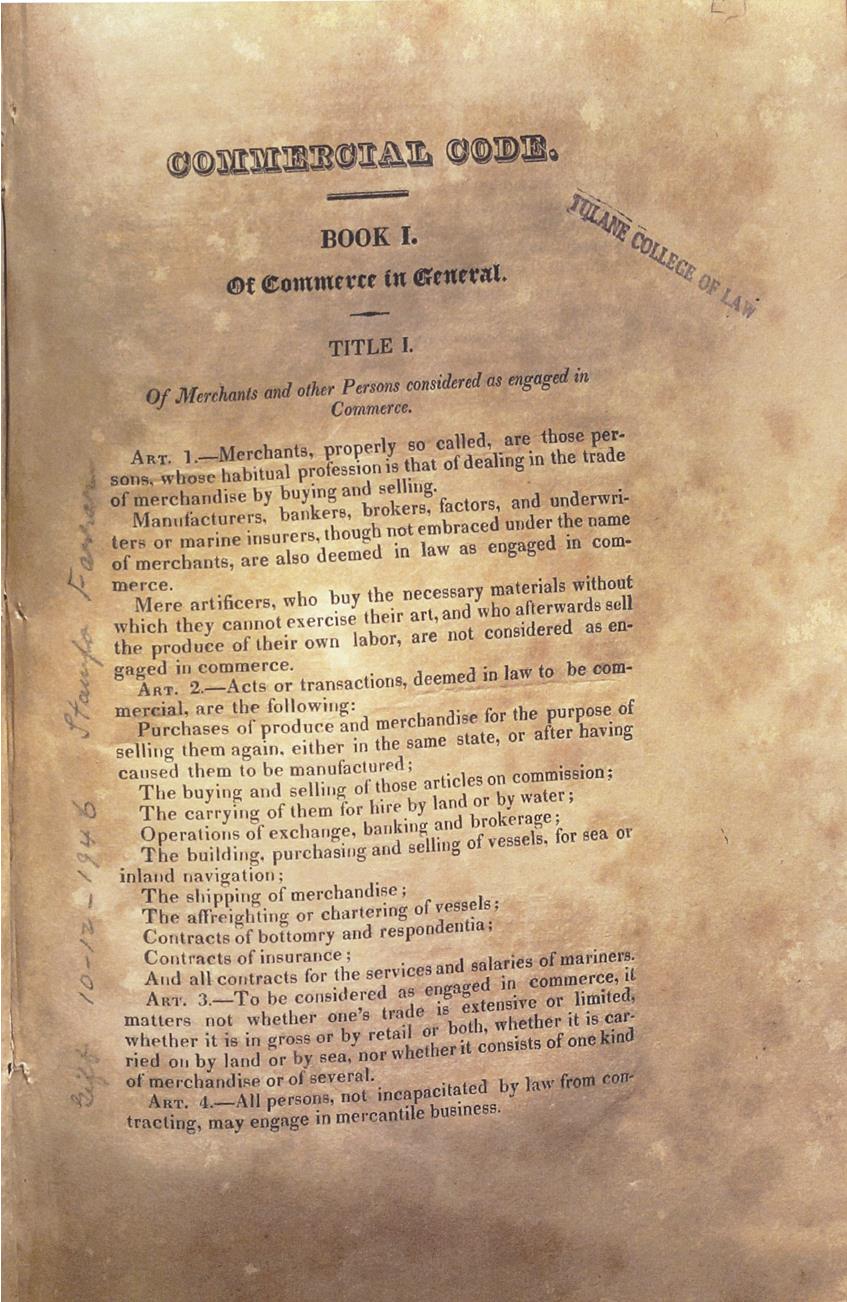 Though the commercial code draft was submitted to the legislature in 1825, it was neither adopted nor ever formally rejected. It is unclear why the legislature decided not to act on the code they had commissioned. Perhaps it was because of the growing recognition that in order for Louisiana to be a power player in the nation’s streams of commerce, it would have to accept and conform to the rest of the nation’s commercial legal theories. In the end, Louisiana adopted the lex mercatoria (vol. 1 and vol. 2), along with all other states. 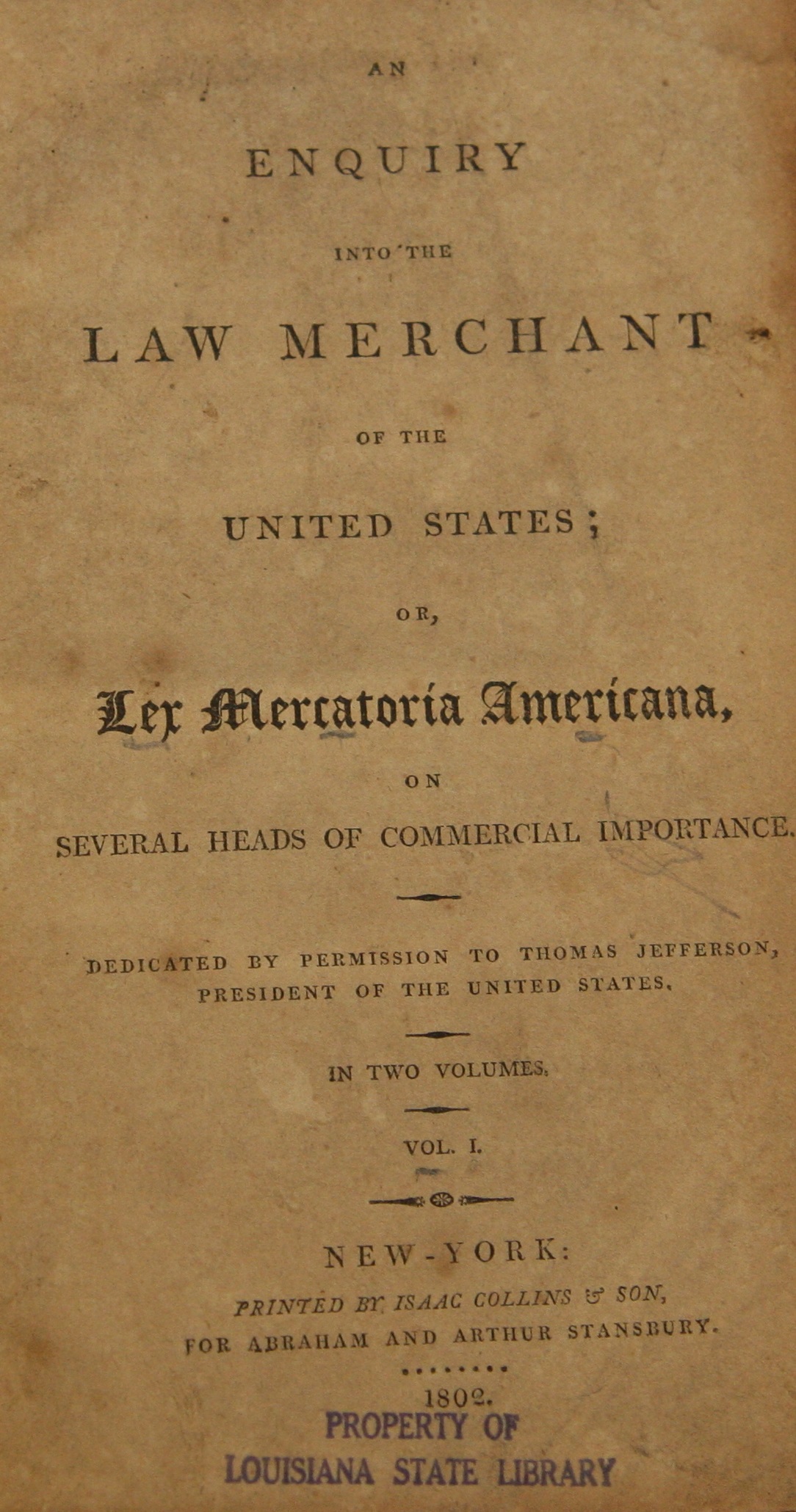 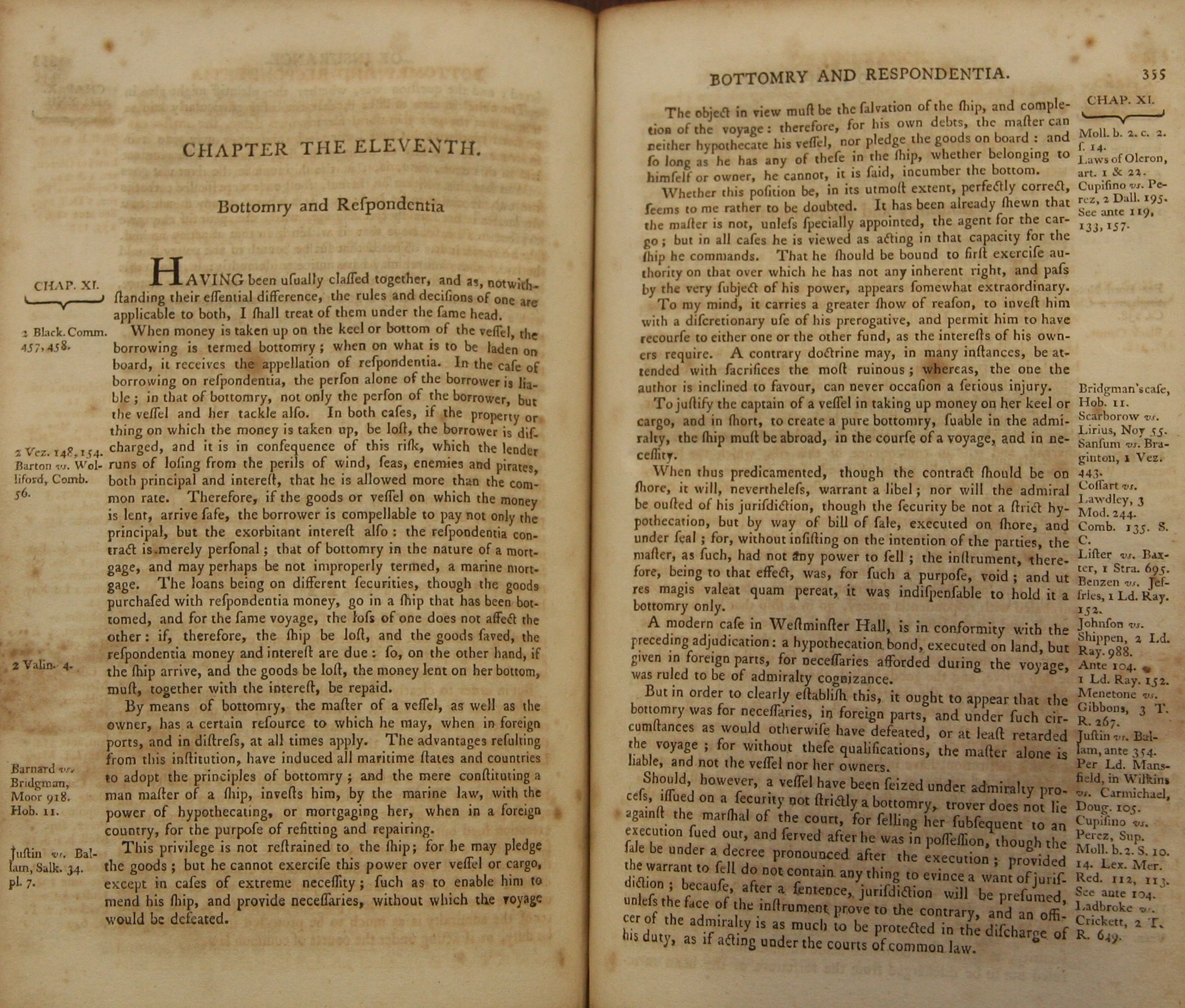